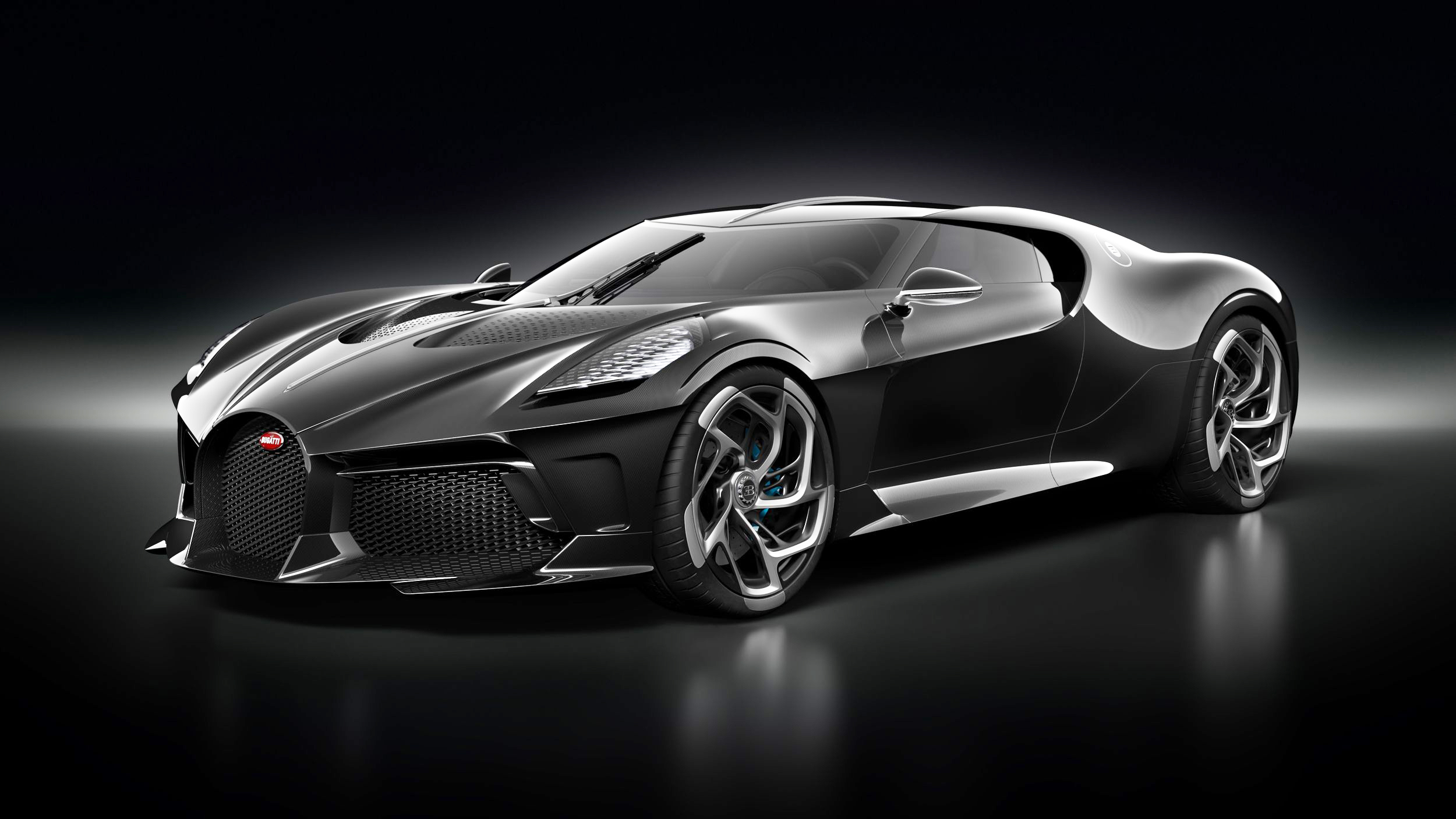 The most expensive new car of all time, the Bugatti La Voiture Noire, made its U.S. debut at the Pebble Beach Concours d’Elegance in August. Unveiled at this year’s Geneva Motor Show, and shown at Concorso d’Eleganza Villa d’Este in Italy in May, the one-of-kind hypercar was purchased for $12.5 million (totaling about $18.7 million after taxes and fees) by an anonymous buyer, setting a record for a new car.

The one-off La Voiture Noire, which translates to “The Black Car,” was designed as a tribute to the Bugatti Type 57SC Atlantic from the 1930s, one of auto history’s most iconic vehicles. Still two-and-a-half years from completion, the Batmobile-esque hypercar packs a stunning 8-liter, quad-turbo W-16 engine capable of producing 1,500 hp and 1,180 lb-foot of torque. That kind of punch means the La Voiture Norie can go 0 to 60 in 2.5 seconds and hit a top speed of 261 mph. Oddly, Bugatti reportedly limited the car’s speed to give it more touring refinement.