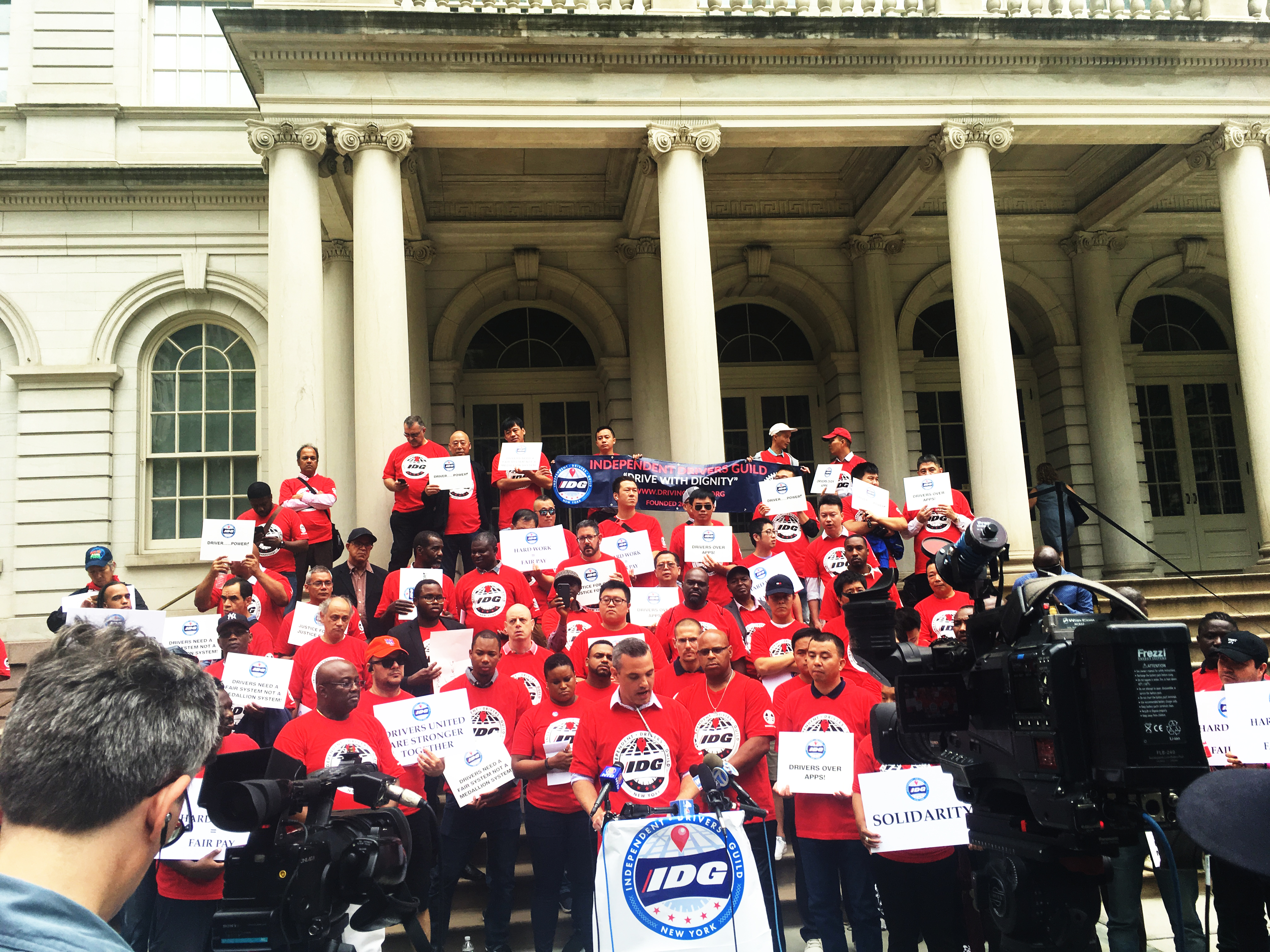 Thousands of drivers with the Independent Drivers Guild (IDG) shut down rush-hour traffic in New York City last month in the largest gig economy protest to date. We led a slow procession over the Brooklyn Bridge, up FDR Drive to Gracie Mansion where we called on the Mayor to step in and stop Uber and Lyft from kicking us off the apps in violation of city rules. We protested outside Gracie Mansion before continuing on to Uber’s Manhattan headquarters, where we circled and honked and waved signs in protest of the company’s new policy blocking us from working where we want and when we want.

Our massive rush-hour protest came just days after another 100 driver protest at City Hall, where we called on the city to get rid of the TLC, get a new agency, and pass our Drivers’ Bill of Rights. 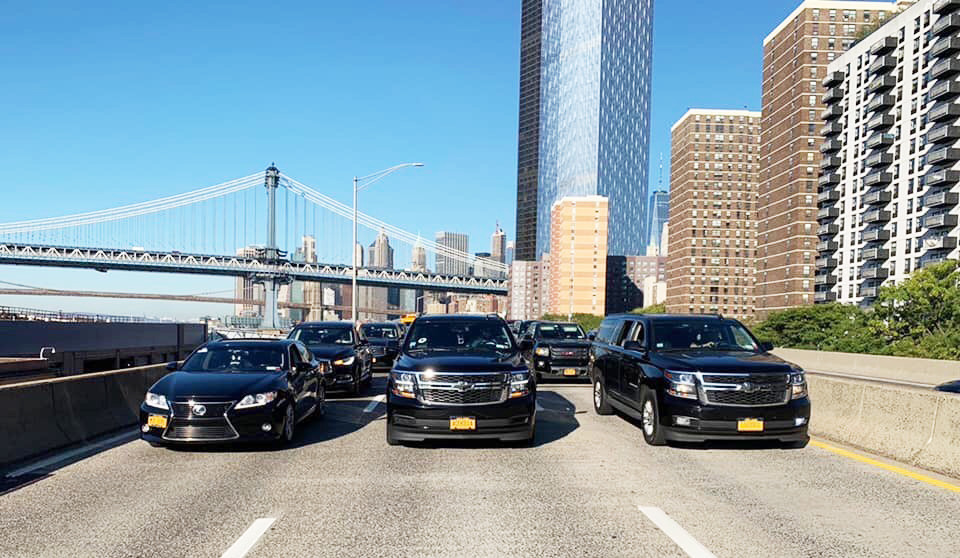 Why are we so mad? Because apps are destroying our livelihood and the city’s Taxi and Limousine Commission hasn’t lifted a finger to stop them. Because we have been warning about this problem for months and instead of standing up for drivers, the TLC enacted more rules that make it harder for FHV drivers to make a living.

In the wake of the TLC’s failures, we called on City Council to hold emergency hearings and thankfully they did, putting the TLC in the hot seat to answer for its failures. But now, we need action from City Council and Mayor de Blasio. Please sign up at DrivingGuild.orgto join the fight.

We also successfully lobbied the Port Authority to reduce the proposed airport access fees. We are pleased they listened to our concerns, reducing the airport access fee from $4 to $2.50. However, we still disagree with funding infrastructure with fees on the labor of the hard working FHV drivers serving NY and NJ. As you all know, FHV trips are already heavily taxed.

Still, we are having an impact and making headway on our goals. Our power is in our numbers, so drivers, please join us and be part of making a more fair industry!

Brendan Sexton is Executive Director of the Independent Drivers Guild, an affiliate of the International Association of Machinists, which represents and advocates for more than 80,000 app-based drivers in New York City. We’re Uber, Lyft, Juno and Via workers united for a fair industry.