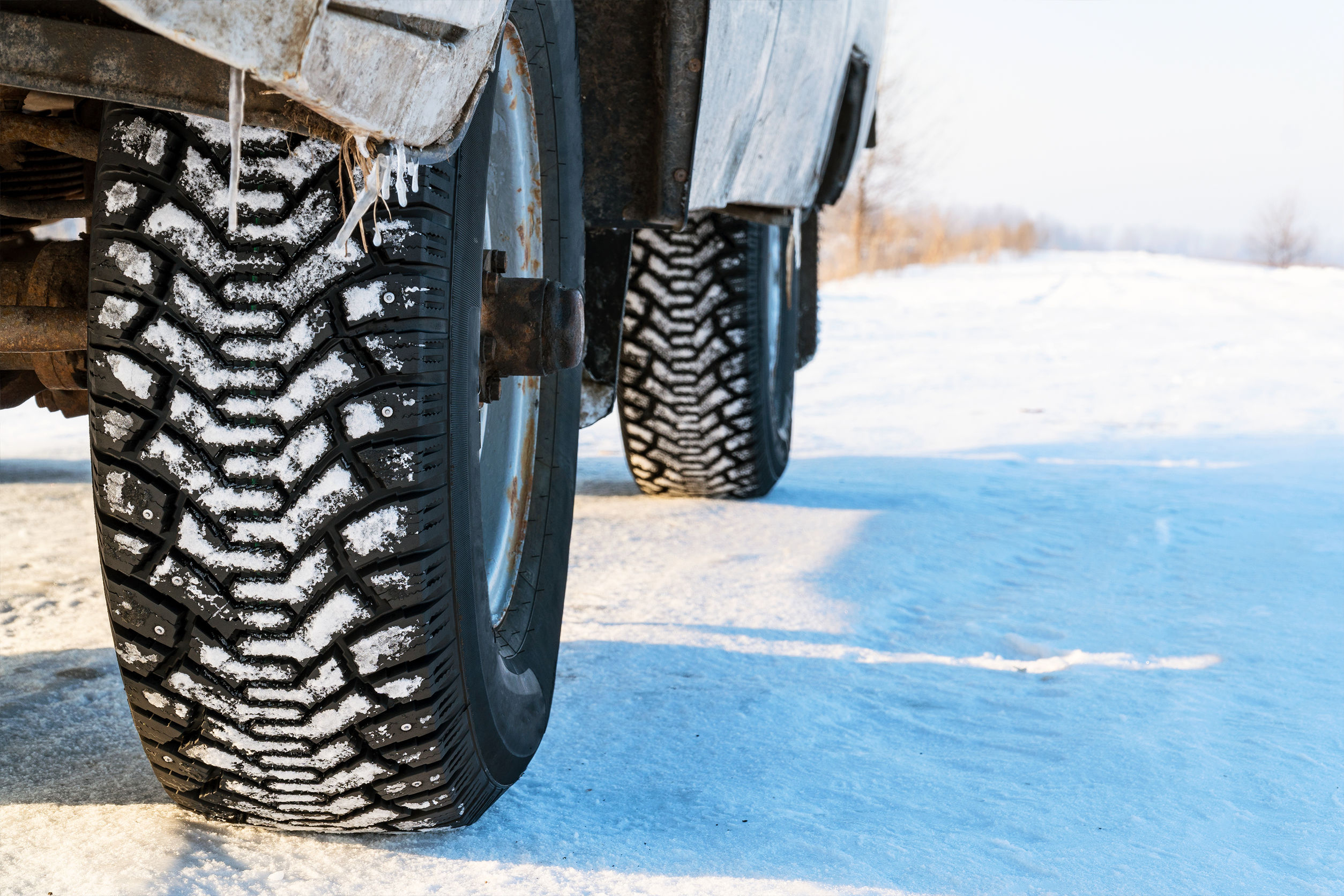 This time of year, many drivers debate whether to invest in a dedicated set of winter/snow tires. Consumer Reports tests consistently show that winter/snow tires deliver better grip to start in snow and stop on icy surfaces, offering an extra margin of performance over all-season and all-terrain tires. Winter/snow tires are good choices for all cars, whether front, rear or all-wheel drive.

Winter/snow tires can be identified by a mountain and snowflake symbol on the sidewall. Studless winter/snow tires typically have slits in the tread acting as biting edges and a tread compound that stays pliable in cold temperatures. Studable models offer good snow traction and can be studded to claw ice, though they can be noisy and leave scratch marks in driveways. Although they offer added performance in extreme weather, winter tires come with some concessions – shorter treadwear life and a minor compromise of handling and grip on cleared roads.

To help highlight the differences between winter and all-season tires, TheStraightPipes put together a YouTube comparison video showcasing a pair of Cadillac XTS sedans with all-wheel drive. The white car is equipped with all-season tires while the black Caddy is fitted with winter tires from Continental.

The video can be viewed here: https://www.motor1.com/news/306550/video-proves-winter-tires-superior-snow/. It includes acceleration, braking and turning tests – and in each scenario, the winter tires outperformed the all-seasons. Although acceleration was similar, the white car needed an extra 27 feet to stop from 40mph, compared to the black Cadillac on snow tires. In the slalom and left turn test, the snow tires held a stout advantage in both speed and control.

If You Are Considering Winter/Snow Tires