Traffic slowed to a crawl on East 42nd Street in September thanks to the United Nations General Assembly. Streets were narrowed by cones and security barricades to create dedicated lanes for convoys of visiting dignitaries. Scores of traffic cops struggled to manage the flow of cars, trucks and people pushed to the side in the name of diplomacy.

All that extra congestion – and the attendant frustrations – were clearly a drag on city businesses, albeit one that was difficult to quantify. But overall the United Nations’ presence on the East River is a boon for the local economy, according to the Economic Development Corp.’s 2016 impact report. The report noted that the “U.N. community” accounted for 25,040 full- and part-time jobs in 2014, and generated $3.7 billion in economic output while contributing $56 million in net fiscal benefits to the city government. 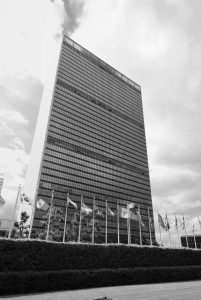 Protecting Yourself From an Equifax Data Hack