For decades prior to 2008, the U.S. Department of Labor’s (DOL’s) Wage and Hour Division allowed employers and employees to submit written inquiries asking for its opinion on whether a given employment practice violated the Fair Labor Standards Act (FLSA), the Family Medical Leave Act (FMLA), and/or various other Federal laws regulated by the DOL. Provided the employer/employee represented that the information was not sought in connection with a pending claim or lawsuit, the DOL would consider the inquiry, and thereafter issue an opinion letter analyzing the facts presented, applying the applicable laws, and stating whether it believed the employment practices described in the written inquiry were permissible or unlawful.

These opinion letters allowed inquiring employers unsure whether a given pay practice constituted a violation of law to get the DOL’s expert take on the situation, and if necessary to make corrections before they got into trouble. As the letters were also posted on the DOL’s website in redacted form, they likewise helped provide guidance to other employers, employees and attorneys with similar questions.

While DOL opinion letters were not binding legal authority, they were nevertheless given deference by courts, and an employer’s earlier good-faith reliance upon such a letter could oftentimes provide a partial (and sometimes full) defense in subsequent FLSA litigation, provided the employer could show that it acted in conformity with the guidance provided by the letter. Thus, for example, if an employer reasonably relied on an opinion letter and was thereafter sued based upon a violation of the FLSA, it would typically be harder for the employee to demonstrate that the violation was willful, and accordingly warranted the imposition of liquidated damages. Unfortunately, the practice of issuing opinion letters was discontinued in 2010 under the Obama administration.

Fortunately, under the new administration opinion letters are back. Starting in January 2018 the DOL finally began issuing opinion letters that were prepared in 2009 but never mailed out or posted on the DOL’s website, and also began preparing new opinion letters in response to more recent inquiries. One such letter addresses the question of whether an employer must pay an employee for excessive breaks when same are due to a serious health condition.

In the letter, the DOL described a situation in which an employer had received medical certifications from multiple hourly employees stating that they required 15-minute rest breaks every hour due to serious health conditions covered by the FMLA. The effect of this was that during an eight hour shift the employees were performing only six hours of work. The employer wanted to know if it had to pay the employees for the two hours spent on break.

The opinion letter begins its analysis by noting that under certain circumstances eligible employees with serious health conditions may request breaks as a form of protected leave under the FMLA. The FLSA on the other hand does not require that employees be given breaks, and the compensability of an employee’s time for FLSA purposes depends upon whether the time is spent predominantly for the employer’s benefit or for the benefit of the employee. The letter further notes that where rest breaks of up to 20 minutes are provided, they are generally regarded as being for the employer’s benefit as the rest period is considered to promote the efficiency of the employee.

The breaks described in the employer’s letter, however, were not found to be ordinary rest breaks for the employer’s benefit, but rather FMLA-protected breaks for the benefit of the employee. Accordingly, the DOL was of the opinion that the excessive breaks were not compensable. The opinion letter concludes by pointing out that the employees receiving FMLA accommodations are entitled to the same number of paid rest breaks as the company’s other employees. If, for example, all employees are entitled to take two paid 15-minute breaks during their eight-hour shift, the FMLA employees taking eight such breaks are likewise entitled to be paid for two of those breaks (but not the other six).

From a legal standpoint, there is nothing particularly noteworthy about this opinion letter.  It deals with straightforward and relatively simple facts and legal issues, and the opinions stated are for the most part common-sense ones. For those readers not familiar with opinion letters, however, through this article I have hopefully provided a useful introduction to the concept of opinion letters, how one goes about requesting a DOL opinion, and how the letters can be used as a shield in defending against certain types of claims. The return of opinion letters after so many years without them is a welcome development for employers, and I encourage anyone uncertain if a given employment practice is at odds with the FLSA and/or FMLA to consider seeking DOL guidance regarding the legality of that practice.

Daus Featured on CNN’s “The Felons Found Driving for Uber” 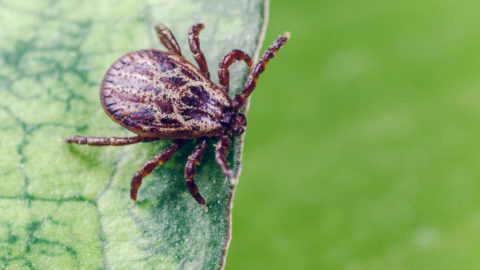