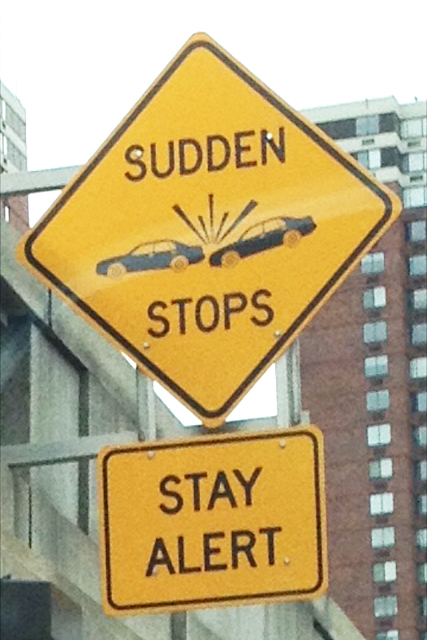 I have been driving professionally for Royal Coachman Worldwide since October 2013. I enjoy this profession more than my previous one in medical advertising from 1987-2012. However, there are daily perils associated with driving that make this profession challenging: knuckleheads behind the wheel!

I spend between 8 and 12 hours behind the wheel every day – just like my brothers and sisters in this same honorable profession. Every day, I see horrible crashes, near misses and hear the dreaded words “police investigation” fatal crash come over 880 or 1010 traffic reports on my car radio.

With the exception of the “3 Ds” (Distracted, Drowsy and Drunk driving), the most common cause of crashes, I believe, based on my experience, is cars that drive too fast and close to the car(s) in front of them. So many drivers appear to be so reckless on the road that they certainly won’t be “wreckless” very long!

I’ve seen trucks roll over right in front of me coming off the Garden State Parkway on to Route 78 Westbound because it took the turn too fast and hard. I narrowly avoided a messy crash! In instances like that, the term “accident” no longer applies because they could have been avoided, if only the driver had slowed down! The widely accepted and used term is “crash,” because that’s what happens when people drive too fast and too close!

My “road rules” include staying within five miles per hour of the speed limit and leaving at least two car lengths between me and the car in front of me. I have been able to avoid crashes by practicing these two good driving habits. If we all just slow down and leave enough space to maneuver our cars, we might see less crashes on the road, and we’ll all still arrive alive at our intended destinations; not the hospital or the morgue!