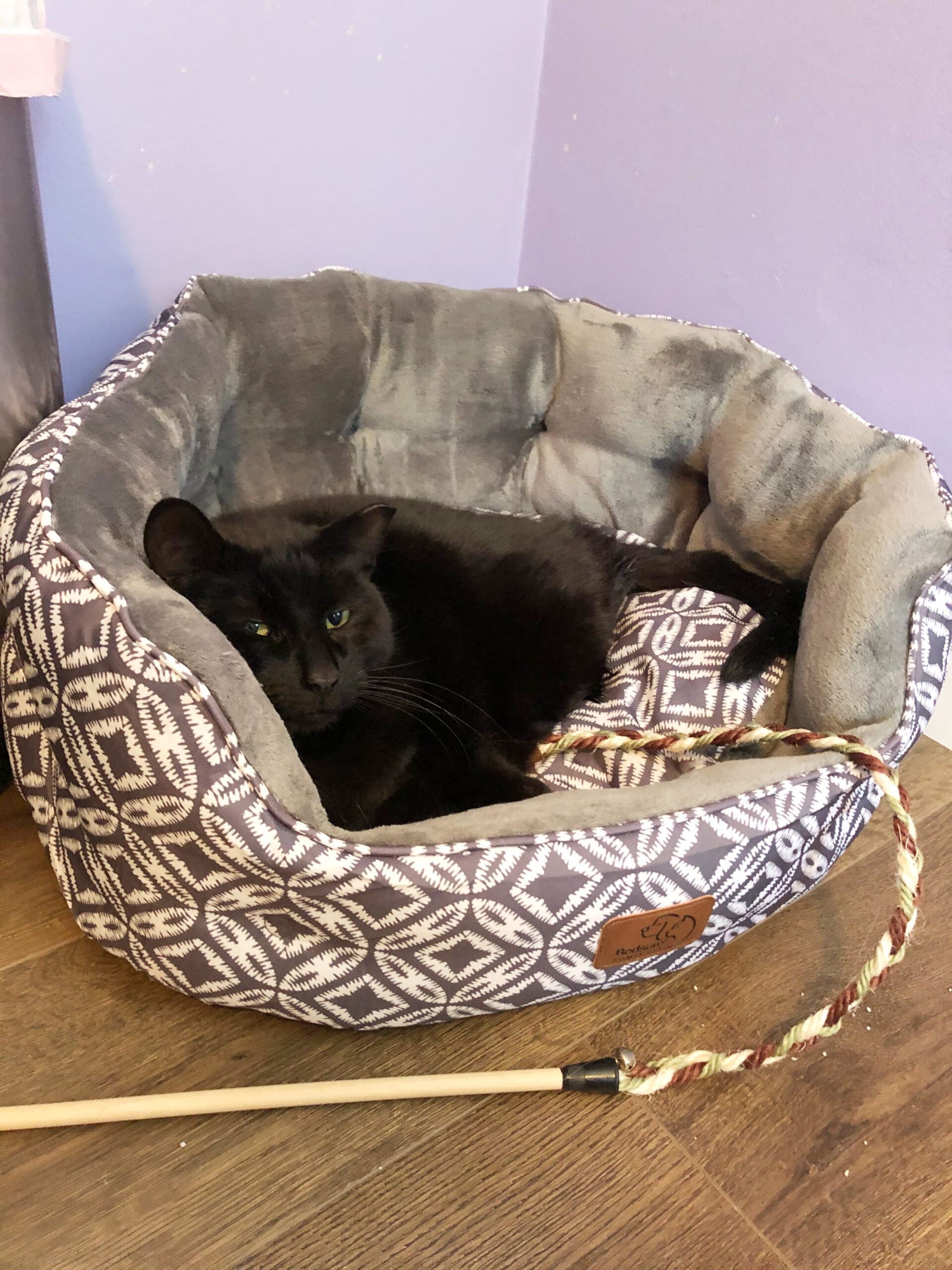 This month, I am handing over my column to Tom Zukowski, whose family recently adopted Scooter, a wonderful little kitty that I have been writing about for months.– Diana Clemente

By Tom Zukowski (his new Dad)

This past August, a very close and dear friend of ours told us of another needy cat at the facility: “Scooter” was found in a feral cat colony on Staten Island. His rescuers initially thought he may have been hit by a car because he has rear leg paralysis, but upon several examinations, it was determined that he had a spinal issue, and – prior to being brought to the NSALA – THREE vets wanted him put to sleep.

Diana (Clemente) wouldn’t have it, and she took care of Scooter until he arrived at “Bianca’s Furry Friends” at the NSALA.

We came down in August, met Scooter, and brought him here to Connecticut. He joins our legitimate circus of animals. Marcus and Alex, a Yulin dog, Benny, a blind cat rescued from Miami and Hurricane Irma, Bobbles, a cat with a neurological head bob, and our senior cat, Kitty.

Scooter gets around really well, he can drag himself anywhere he wants to go. We kept him alone for the first few weeks, while we gradually introduced him to the others.

He is a total mush, he loves to be brushed, he loves his chin scratched, and he makes a cooing noise like a pigeon. He doesn’t like to be picked up, but he has totally bonded with his new “Mama”. We keep him in a gated area during quiet times for safety, but he has figured out how to open the gate, if he wants to follow the others around and be one of the family.

We thank everyone from those who rescued him, to all at NSALA, who helped get him here safely to his forever home.