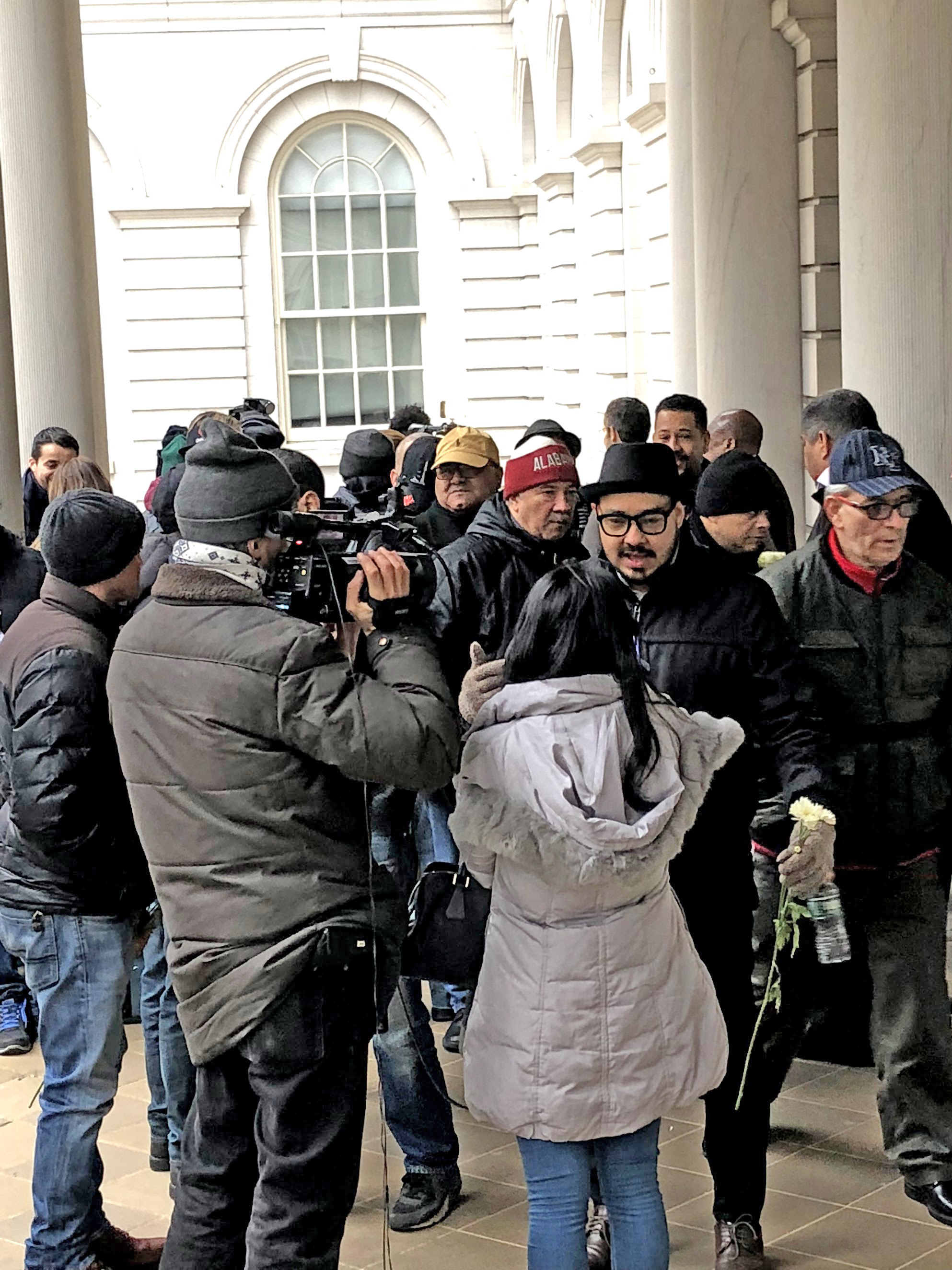 Drivers and industry leaders shouted at City Council members with oversight of their struggling industry in February, as officials convened for the first hearing of the For-Hire Vehicle (FHV) Committee. Activists held up white flowers and signs to commemorate the tragic passing of drivers who had recently committed suicide.

During the hearing, members of the committee vowed to address the issues cited by Black Car driver Douglas Schifter in a suicide note posted on Facebook shortly before he shot himself on February 5, in a rented car in front of City Hall. Mr. Schifter blamed his financial plight in part on the increasing number of FHVs on city streets, caused by the aggressive expansion of Transportation Network Companies (TNCs). He also cited the lack of action by elected officials, writing that it had become nearly impossible to earn a living as a driver. He had previously written at length about the topic in Black Car News.

“For those left behind, suicide always leaves unanswered questions,” New York City Taxi & Limousine Commission (TLC) Chairwoman Meera Joshi said at the hearing. “What we do know is that we as a city must continue to focus strongly on expanding access to mental health services for anyone who needs support. At TLC, our focus has been and will continue to be on better understanding and attempting to lessen the stresses many of our drivers face.”

Councilman Ruben Diaz (D-Bronx), who Chairs the FHV Committee (which also oversees Taxis), said Mr. Schifter’s death was “a means of showing his frustration” with the TLC.

Weeks before Mr. Schifter’s suicide, the Daily News reported driver Danilo Corporan Castillo jumped off the roof of his 135th St. apartment building after calling his wife in distress about mounting fines and tickets. A third driver also recently committed suicide, though his colleagues attributed his death to personal problems.

At the February meeting, the FHV Committee heard testimony from people advocating for a cap on the number of drivers allowed to operate under the auspices of TLC. 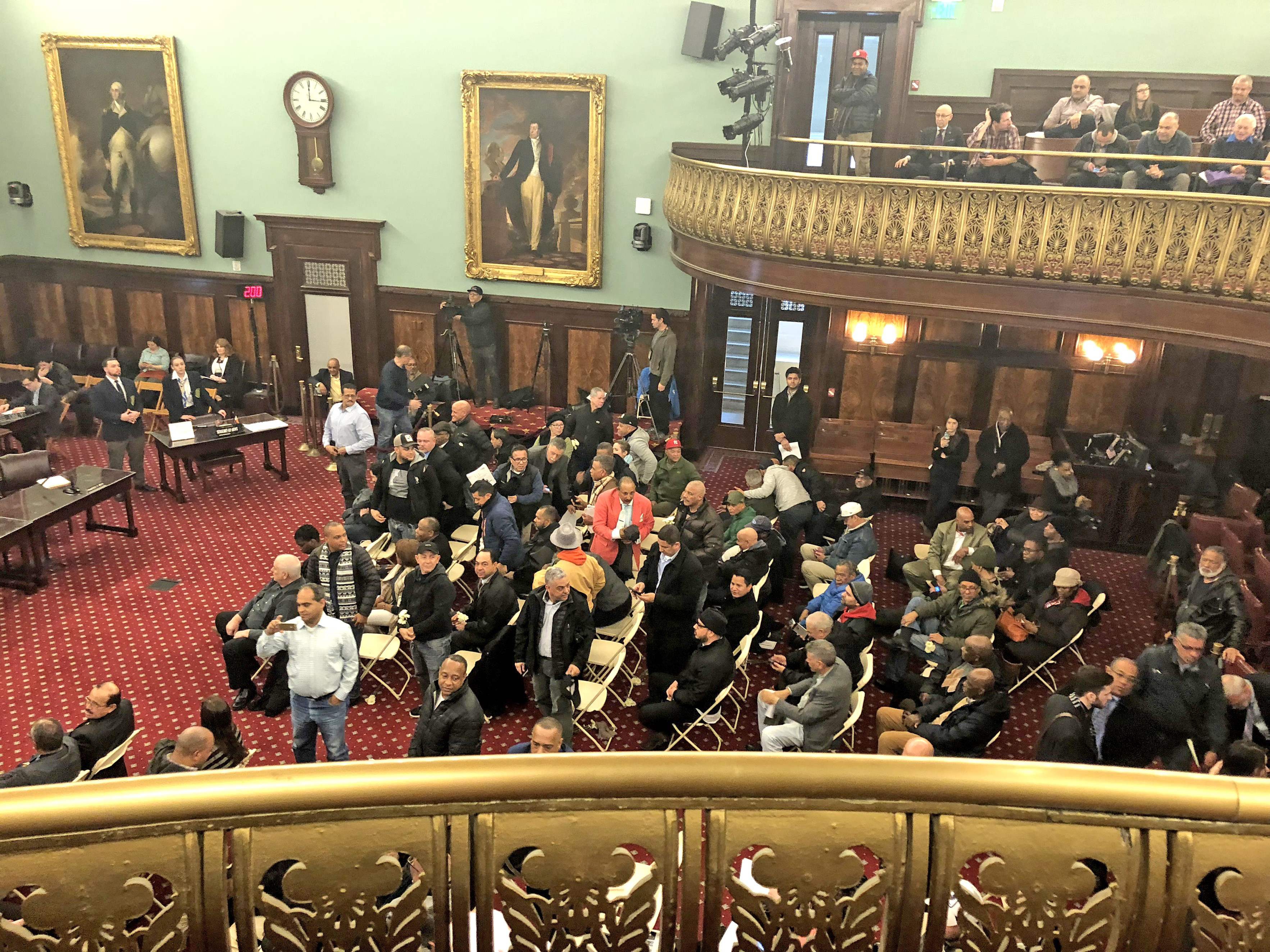 “We cannot allow the number to balloon to 200,000 or 300,000 drivers,” insisted Rep. Adriano Espaillat, who proposed an eight-point plan that included dismantling the TLC. He also recommended capping the number of FHVs and reducing fines for black car and livery drivers.

Former TLC head Matthew Daus also said he supported a cap and a ban on the practice of surge pricing.

Ms. Joshi agreed that the number of city drivers has ballooned “at a rate nobody contemplated” and said the e-hail industry needs a “growth control mechanism.” Black car drivers booed when she outlined the existing steep fines drivers face for illegally picking up passengers.

Ms. Joshi noted that base (or minimum) wages for drivers that work for TNCs like Uber and Lyft are being considered, during her tense testimony.

“We have an incredible increase in the number of drivers and vehicles … what drivers were able to make a few years ago, it becomes much more difficult today when they’re competing among 180,000 drivers,” Joshi said. “The expanding industry will continue to make driving a very stressful career without any kind of growth control mechanism.”

The city has collected more revenue from fines and forfeitures than budgets suggested. In the last fiscal year, the TLC took in $15.2 million, instead of the $10.5 million the city had anticipated. Actual revenue, however, was generally flat over the last four years, according to the council. The TLC handed out 17,240 summonses in 2017 for illegal street hails and unlicensed driving, with 47,596 summonses for “other offenses” like car equipment. 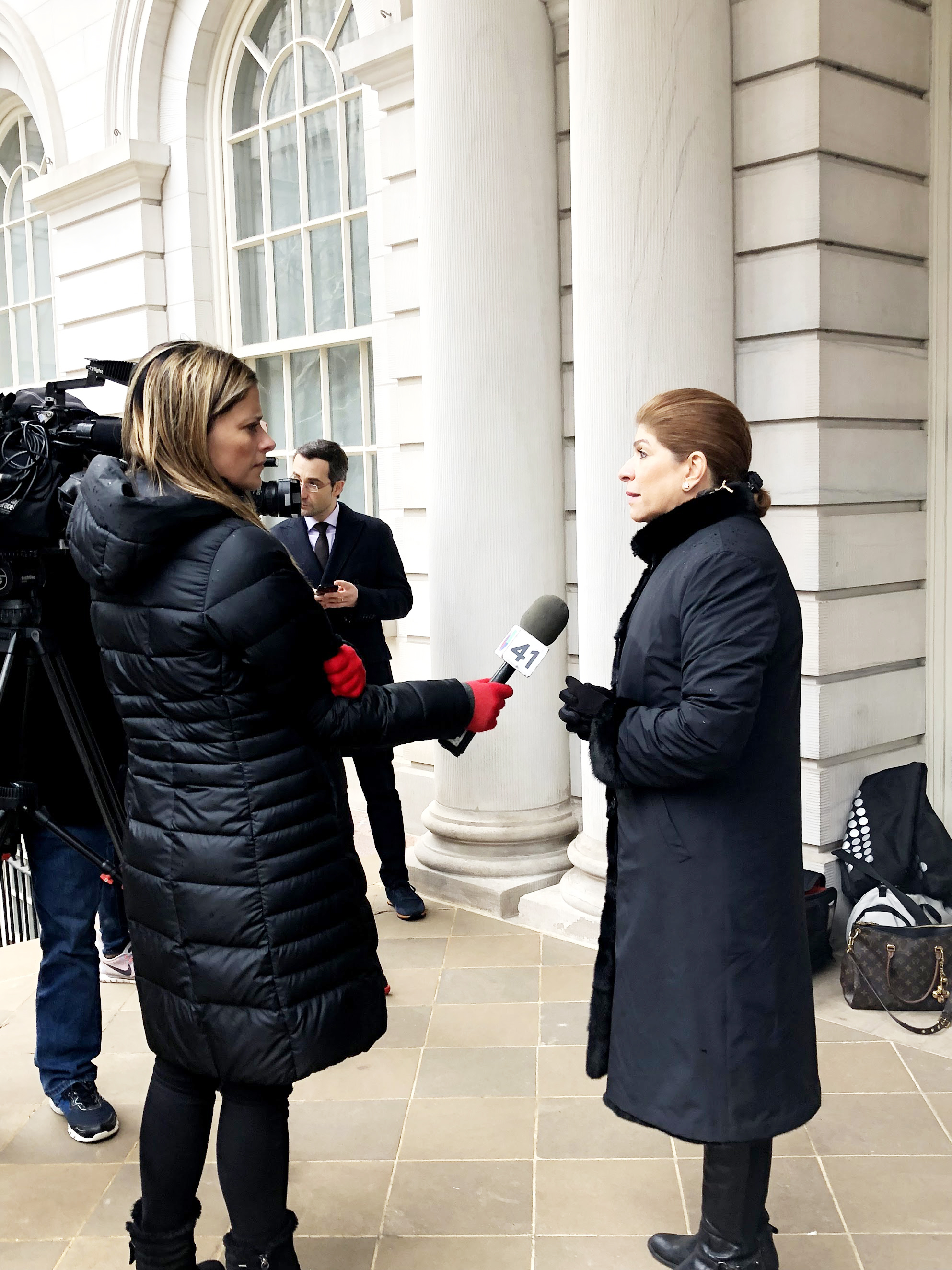