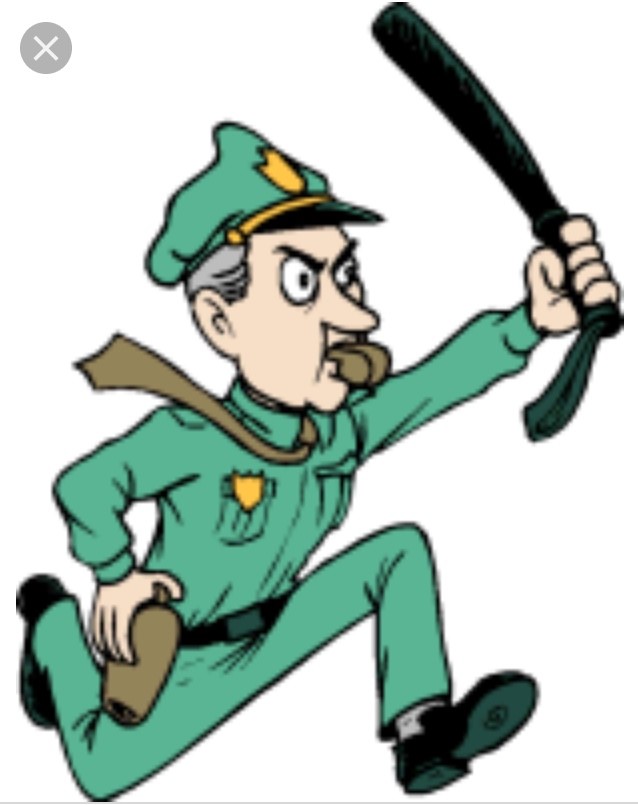 I’m on the run… a lot. I’m always being chased by some character in the New York City Metropolitan area.

I’m beginning to suspect that New York City traffic officers have a bullseye on my car. They’re always chasing me around the block whenever I’m waiting for a passenger.

Once, I was waiting for a passenger in a “No Standing” zone across the street from a hotel. A traffic officer walked right up to me and handed me a $115 parking ticket. I thought if you were in your car, the officer would just ask you to move along. No such luck (especially toward the end of every month). He was nice enough to say, “Have a nice day.” It wasn’t.

Another time, I was (again) waiting for a passenger to come out of a hotel in Manhattan. I spotted a traffic officer with her eye on me – not because I’m handsome but because I was in a “No Parking” zone. As soon as I saw her checking me out, I high-tailed it out of there to avoid another parking ticket.

Wouldn’t you know it, when I went around the block and returned to the hotel, she was waiting for me – and as soon as she saw me, she pounced and dropped the ticket on my windshield. I thought about confronting her, but I’m not all that fond of the idea of going to jail.

There is a security guard with a bullhorn who waits for me and watches my every move when I’m at the JFK Travel Plaza. He chases me around the parking lot after 10 minutes and tells me I have to move. It’s not bad enough that he blares his bullhorn at me when I’m parked in my car; he comes inside the travel plaza to chase me out to my car when my 10 minutes are up.

The police around Newark Airport constantly have their sirens and lights flashing. They love to chase me and other drivers all around the airport.

Although there are three areas where black cars can legally park, it always amazes me to see cars parked on the approach to Newark Airport from Route 78. I’m surprised there aren’t more crashes under the Route 21 overpass, and in the dirt patch where the drivers congregate illegally.

It can get frustrating sometimes, and the city sure doesn’t make it easy for drivers, especially when you consider how essential our role is keeping NYC moving. I guess it’s all part of the cat and mouse game we play.