Everyone involved in the financial markets would love to know what U.S. Federal Reserve policymakers are thinking. Will they raise interest rates? What direction do they think the economy is headed? What is their next big move? How do they think people will be affected?

New research from the University of Chicago Booth School of Business finds evidence that suggests Federal Reserve insiders systematically engaged in informal or discreet communication with the financial sector around the time of important policymaking meetings, increasing the probability of at least accidental leaks.

Finer began his work after the New York City Taxi & Limousine Commission released a dataset of more than a billion individual, anonymous cab rides in Manhattan, dating back to 2009. The dataset provided precise drop-off and pickup coordinates. For purposes of the study, Finer narrowed the dataset to yellow taxi rides that occurred between 2009 and 2014, omitted weekends and holidays and put other filters in place, yielding a dataset of more than 500 million taxi rides.

Among the study’s key findings:

Leaking information became an issue at the Federal Reserve in 2012 as policymakers worked to ease the effects of the Great Recession. The transcripts of 2012 Fed policy meetings showed that Federal Reserve Chairman Ben Bernanke had warned colleagues at an October 2012 policy meeting that disclosure of sensitive Fed policy deliberations, even if unintentional, could damage the central bank’s credibility and reputation.

Since this study captures only New York City yellow taxi rides, Finer said he believes the study’s results represent the lower end of possibilities for changes in interactions around FOMC meetings, noting that FHV rides were not accounted for. 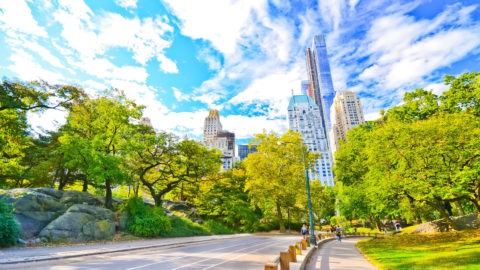