Hello to all! I hope everyone is staying warm this winter. We’ve been lucky with snow so far and I hope that continues throughout February. January has been a remarkably busy month on many fronts and I have a lot to cover in this month’s article. Let’s go right into it.

First let’s touch on some news within the City. Right before the New Year, a State Court Judge annulled the TLC’s new rule, set to take effect in March, which would have limited “cruising” time for FHVs. It was aimed at reducing congestion by making it more costly for Uber and Lyft to let their drivers cruise around while waiting for passengers. In his decision, Justice Lyle Frank called the regulation “arbitrary and capricious”. He also suggested that the rule might cause drivers to avoid picking up riders further from the core of the city because the time driving to the pickup location would count against them.

While the TLC is likely to return with a revised rule, The New York City Council wasted no time in coming out and saying that they are working on their own solution. They have hired transportation analyst Charles Komanoff and together they plan to introduce legislation to accomplish the same goal. The hiring of Komanoff is particularly concerning because he has previously represented taxi fleet owners and has been an outspoken supporter of a “per-minute” based congestion surcharge that would be based on the amount of time vehicles spend in the central business district. If this were to happen, it’s likely that taxis would be exempt from the surcharge while FHVs face the brunt of the burden. This is an issue that the FHV industry will want to monitor closely for developments.

Another issue the city has faced for far too long is the illegal hustling and solicitation that occurs at our airports. LaGuardia, JFK and Newark are the doorways to our city, and being harassed by unwanted solicitation for rides is not the first impression we want to give visitors. Frankly, it reduces the quality of life for everyone, native New Yorkers included. At a City Council Transportation hearing late in January, Acting TLC Commissioner Bill Heinzen testified that the TLC would be meeting with the Port Authority to discuss enforcement of this issue.

I also met with the Port Authority to discuss language in Governor Cuomo’s proposed budget that would update the vehicle and traffic law and would be incredibly effective in curbing this practice. The meeting went well and the Port Authority recognizes that this issue is important to the entire ground transportation industry. 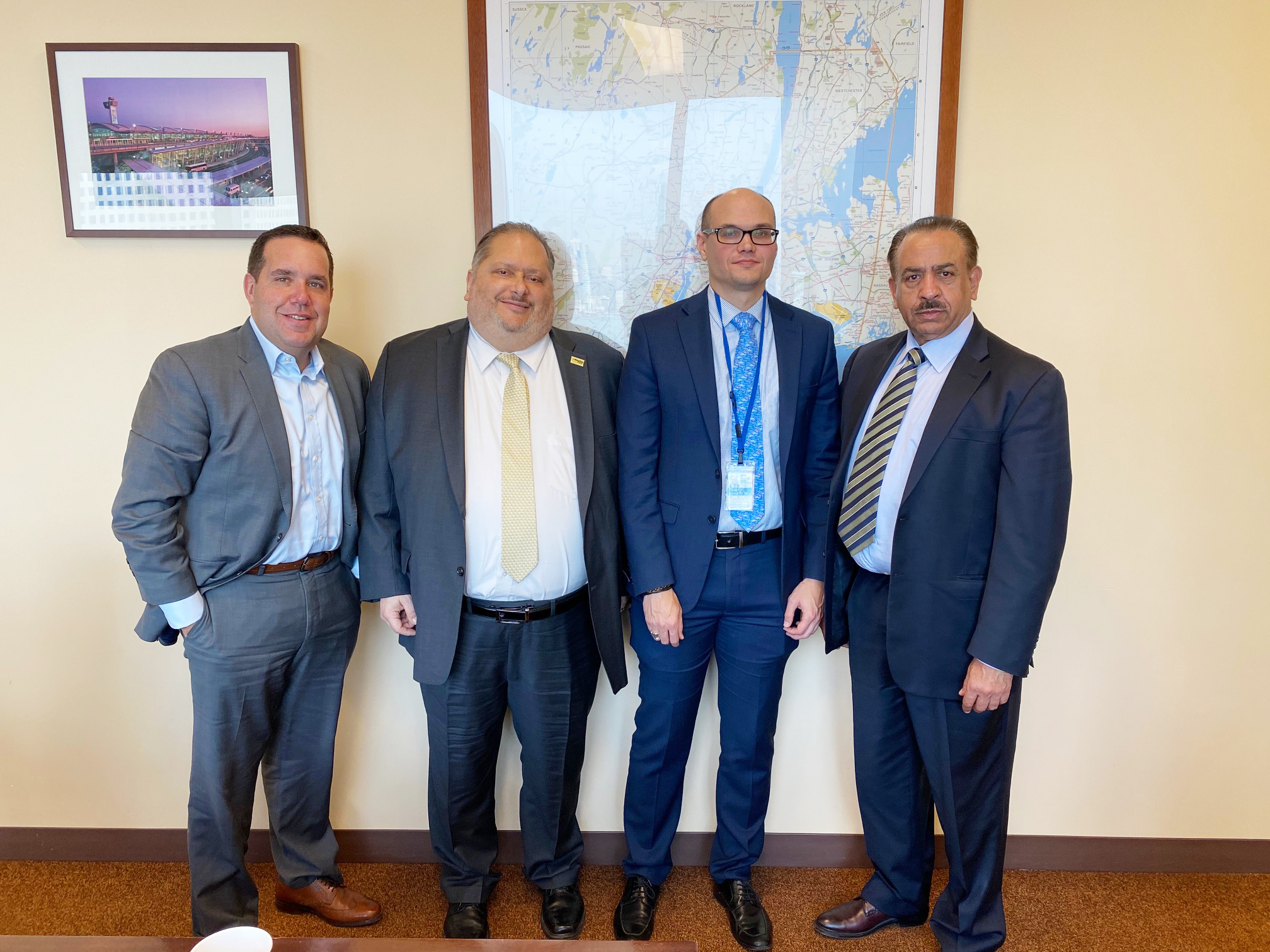 The only ones who would oppose this are those who are part of this illegal practice. I would also like to commend Rick Cotton and the Port Authority for the steps they have taken to make our airports more accessible and friendlier to drivers, such as creating additional bathrooms and establishing meditation rooms. These types of actions are not overlooked and are certainly appreciated.

The language in Cuomo’s proposed budget would take the adjudication of airport hustling out of the hands of prosecutors and give it to the State DMV’s Traffic Violations Bureau. It would also significantly increase mandatory fines, starting at $3,000 for the first violation, $5,000 for a second and $10,000 for a third or subsequent violation. Coupled with this would be mandatory license and registration suspensions for violating the rules, beginning with 30 days for the first offense, 90 days for a second offense and 180 days for a third offense. Also, the licenses would not be reinstated until the fines are paid. It would even provide a mechanism for vehicle forfeiture in cases where the owner is found in violation of the updated rules on two or more occasions.

The final piece would allow the DMV Commissioner to deny the registration of any vehicle whose registrant has consistently shown an intention to operate illegal taxi and FHV services at the airports. While these updates could still be amended before the budget is passed, it’s likely that they will stand because the budget needs to be passed swiftly. I for one applaud these changes, as punishing the few bad actors is good for the industry as a whole.

Speaking of Cuomo, let’s move onto some state issues. Last month, I spoke about the gig economy in the wake of California’s AB5 and what the State has been considering to do in New York. Leading up to Cuomo’s State of the State Address, the million-dollar question was what, if anything, the Governor would say about this issue. When the time came, Cuomo praised the gig economy but was critical about how exploitative it was on workers when it came to fair pay and benefits.

In his proposed budget, Cuomo included language that addresses this issue and would establish the “New York Digital Marketplace Worker Classification Task Force”. This task force would convene in order to provide Albany with legislative recommendations to address several concerns, including: wages, the proper classification of workers, the criteria necessary to determine if a worker is an employee, laws regulating safety and health for current independent contractors, collective bargaining rights, anti-discrimination, opportunity and privacy protections, and any other necessary statutory changes.

The task force would consist of nine members, seven appointed by the Governor, one by the President of the Senate and one by the Speaker of the Assembly. The language also intends for these members to come from impacted businesses, labor groups and workers, but unfortunately does not require them to be so. Ultimately, the task force would be required to report their findings and recommendations to the Governor by May 1st, 2020. However, if the task force’s recommendations were undecided or if they failed to create a report by the deadline for any reason, the language in the proposed budget also empowers the NY State Department of Labor to implement regulations to determine the appropriate classification of gig workers along lines that are identical to the ABC test which was codified by California’s AB5 bill. Due to this, the task force’s activities and recommendations will be something we need to monitor closely.

In a perfect world, a model like The Black Car Fund would be used to provide portable benefits to independent contractors, while preserving the flexibility that drew them to those jobs in the first place. Late in January, I met with Assemblymember Clyde Vanel, Chair of the Subcommittee on Internet and New Technology, to talk about The Fund’s history and our unique model. He was very engaged in our discussion and it’s clear that he recognizes its benefits and potential application. 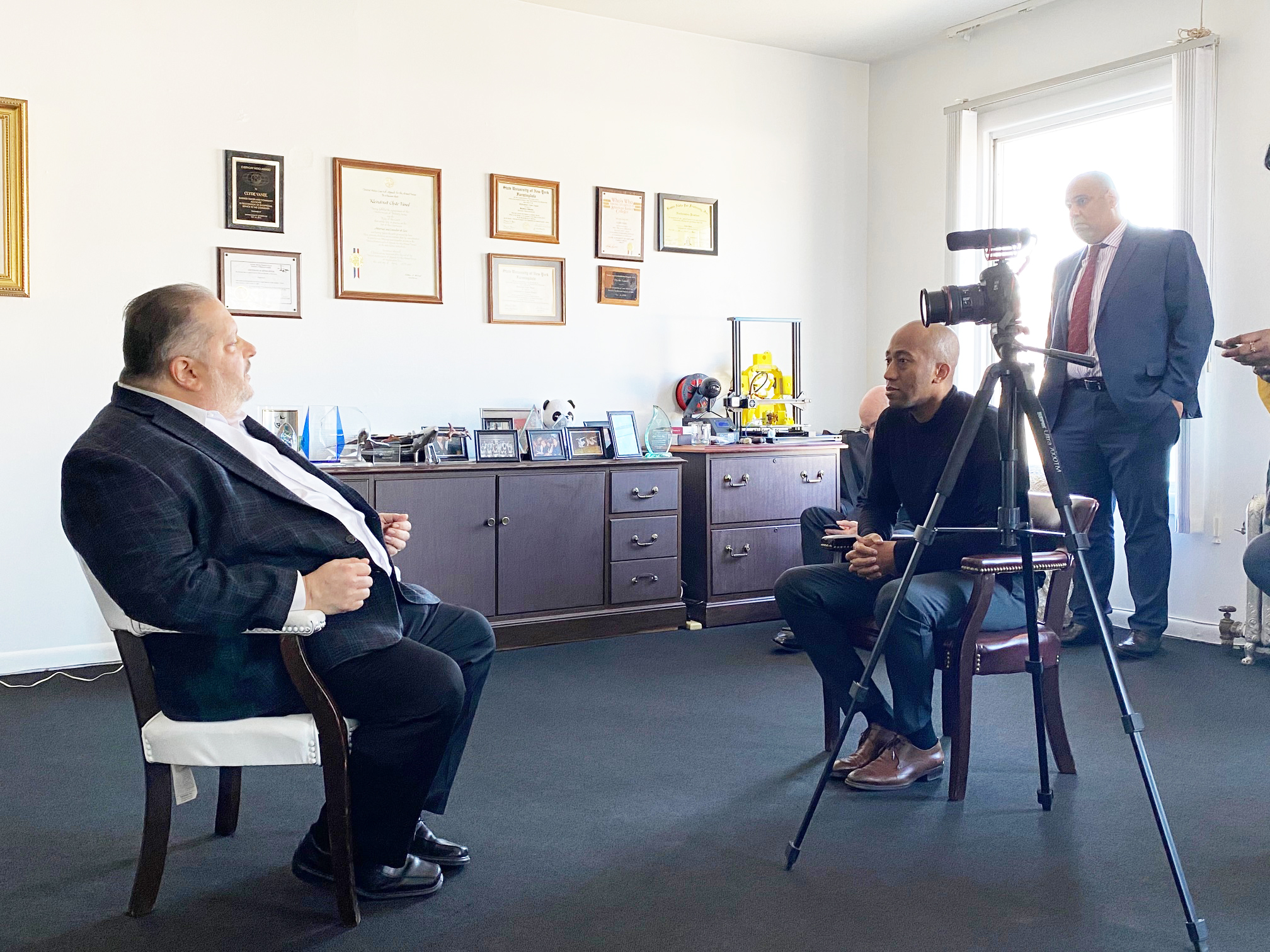 Vanel understands that, in many ways, New York already solved the gig economy problem 20 years ago with the creation of The Black Car Fund. I even recorded an interview with him that will appear on his YouTube series “Clyde’s Corner”. When it’s published, we will link it on our social media!

To close, I’d like to let you all know that, in February, we are officially launching a new benefit for our Covered Drivers. It’s called “Safety Advancement for Excellence in Driving (S.A.F.E. iD) and will be running as a pilot program over the next several months. The program uses telematics technology, in the form of a dashboard camera and/or an on-board device (OBD) to keep you connected with The Black Car Fund for Workers’ Compensation purposes and help you to take steps towards becoming one of the safest Drivers in the industry. Your safety is always our number one concern, and as an active participant in this new program, we will have you covered better than ever before.

In the unfortunate event that you are involved in an accident on the job, the S.A.F.E. iD device will notify us immediately and help start the claims process immediately! There are also many more perks that the program offers. You will have the ability to see your driving statistics, receive tips on the areas in which you can improve your driving, participate in fun program challenges and even earn rewards for your accomplishments. Also, the first Drivers that register for the program will receive a large bundle of exclusive S.A.F.E. iD branded safety gear for you and your vehicle! I encourage every driver to visit www.nybcf.org/safeid and sign up for this program.

We are also excited to be working on launching some new driver benefits, such as hearing coverage and online counseling. We expect to start rolling them out by the Summer. As always, please don’t hesitate to reach out to us if you have any questions or would like to learn more about The Black Car Fund and the benefits we offer to black car drivers throughout New York. Until next time!