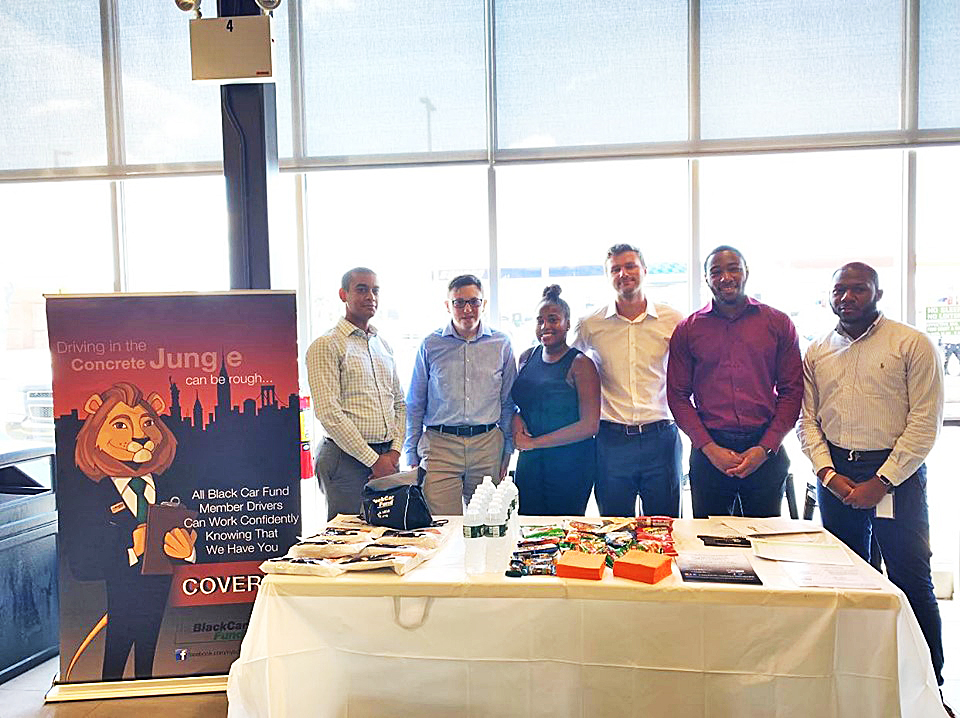 Hello to all. I hope everyone has been enjoying the summer, despite the extreme heat and blackouts that have affected many of us.

July has been a busy month for our Communications, Outreach and Marketing team. In addition to updates on the work they’ve done, there were a couple notable developments in the industry that I’ll discuss in this column. Let’s jump right in…

As many of you have heard, the Port Authority of New York and New Jersey (PANYNJ) has announced plans to impose a $4 fee on taxis and FHVs picking up passengers from Newark, LaGuardia and John F. Kennedy airports. To make matters worse, FHVs will also be getting hit with an additional $4 fee for drop-offs – a fee yellow cabs would be exempt from. As usual, our industry continues to get the short end of the stick.

The PANYNJ held hearings on this proposal throughout July and the response from both Taxis and FHVs has been less than positive. While New York City is one of the only major airport cities to not have some type of surcharge for airport trips, jumping from $0 to potentially $8 for FHVs is a rather extreme change. A final vote on the proposal is set for September, and it seems inevitable that at least some type of surcharge will be approved.

Another important issue many of you have likely been hearing about is the expansion of school zone speeding cameras throughout NYC. Since the legislation authorizing this expansion went into effect in July, NYC is poised to have the nation’s largest network of automated speed cameras, with over 2,000 cameras in 750 areas within a quarter mile of a school. The de Blasio Administration aims to have 40 new cameras installed every month to reach its goal.

It’s important to note this doesn’t just mean more cameras, the cameras will also be functioning for more hours than they were previously. They will now run from 6:00am until 10:00pm, and will remain on even during holidays and summer vacation. Prior to this change, they were only active during school hours and days.

As a driver, this is an important issue to remain aware of, both for your safety and to avoid unnecessary and burdensome fines.

In other regulatory news, the Taxi and Limousine Commission (TLC) held a public meeting at the end of July regarding the extension of the cap on new FHVs, as well as proposed rules that would limit the amount of time FHVs can spend “cruising.” The hearing was heavily attended and filled with charged testimony, both in support of, and opposition to, these proposals. The yellow cab industry came out strongly in favor of the cap and cruising rules, arguing that the rules will ultimately help them by driving up demand for rides. On the other hand, The Independent Drivers Guild continued to oppose the cap, with testimony focused on the outrageous and predatory fees that drivers are currently paying to lease an FHV – an issue the IDG says has been exacerbated by the FHV cap.

At the July meeting, the Black Car and Livery industries suggested a different approach, aimed at allowing small, legacy Black Car and Livery bases to continue growing modestly. They called for new “restricted” FHV licenses to be issued, designed to allow Black Car, Luxury and Livery bases to add new vehicles that would be limited to operating within their specific classes. For example, in this scenario, a Black Car with a new restricted license would be allowed to work for any Black Car base, but not for a High-Volume app-based company or Livery base. The TLC plans to officially vote on these rules in early August, and if passed, the rules would be fully enacted in the next year. 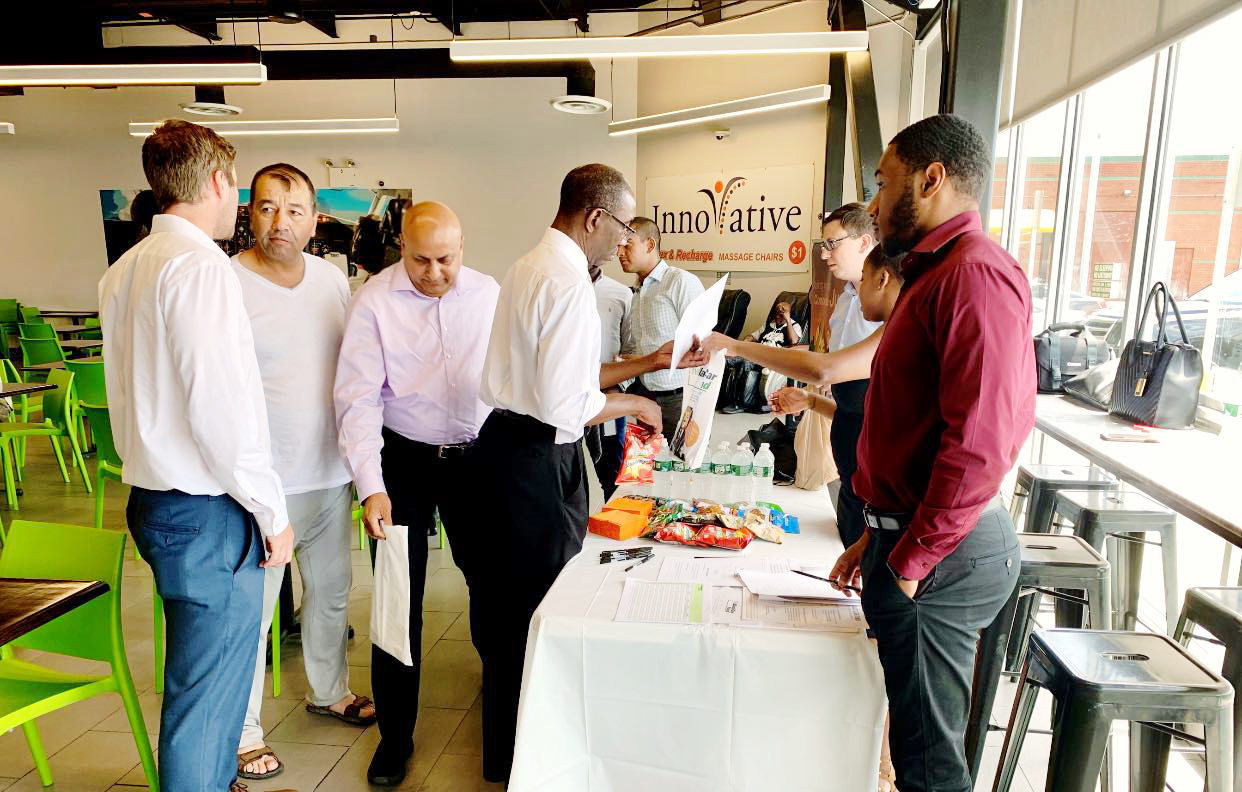 I wanted to take a moment to touch on some of the great work our Communications, Outreach and Marketing team has been doing throughout July. Driver outreach is always a major priority for The Black Car Fund, and this summer was no exception. Our team of staffers and interns have worked to create opportunities to reach drivers, to make them aware of all of the benefits they are entitled to. 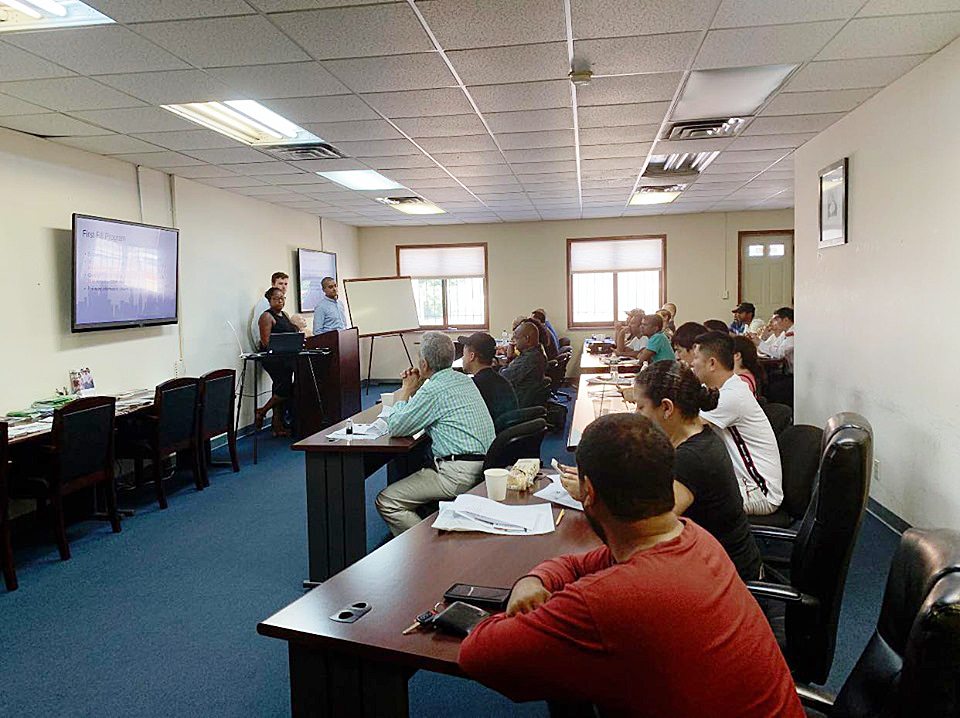 Our interns put together an informational presentation that touches on the history and operation of The Black Car Fund, as well as detailing the various benefits our Covered Drivers enjoy. Our safety and wellness classes were held at both the Black Car Safety Center in Long Island City and the Independent Drivers Guild Center in Brooklyn. Attendees had the chance to gather information, ask questions and were given guidance on downloading and using The Black Car Fund app on their phones. 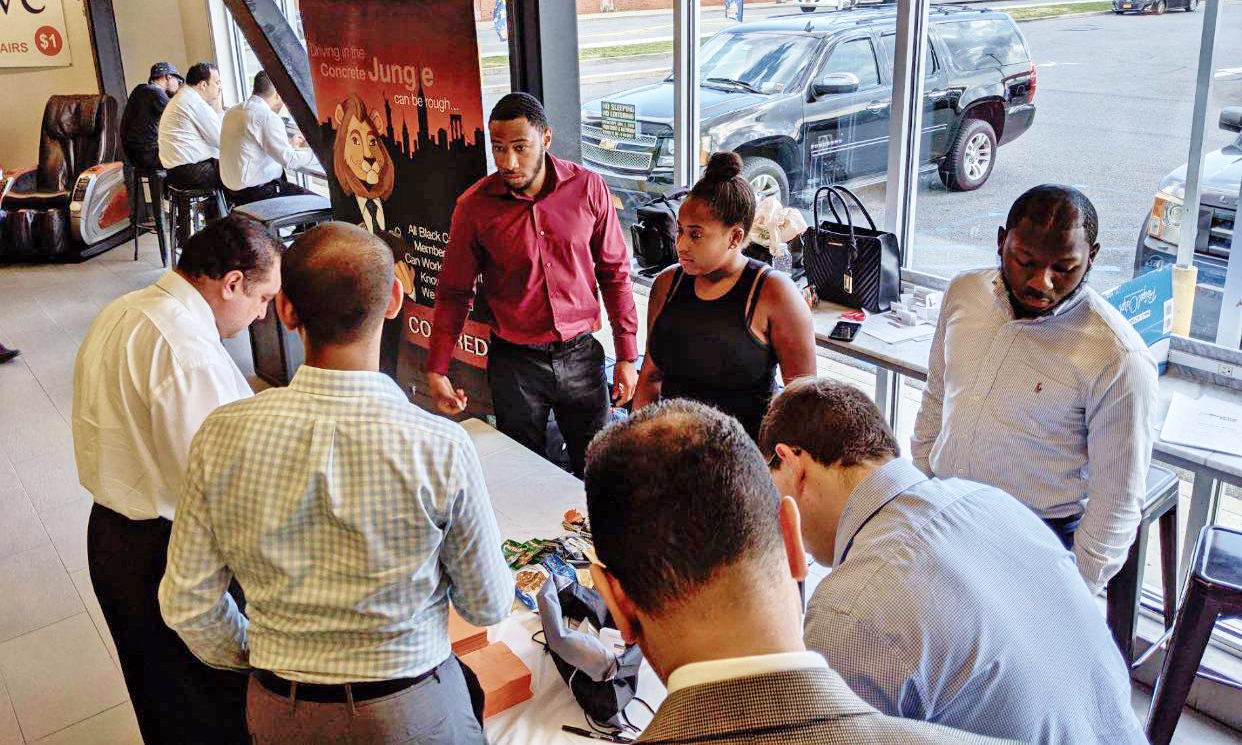 Our interns also organized a Driver Outreach event at the JFK Airport Travel Plaza, where they spoke with nearly a hundred drivers. Many drivers were unaware of the numerous benefits – beyond Workers’ Compensation – they are entitled to. The response was overwhelmingly positive to our team’s efforts to answer questions and connect drivers to their benefits. In addition to receiving important information, drivers were also treated to free snacks, pizza and drinks, and many walked away with a gift card to one of the vendors located at the Travel Plaza. 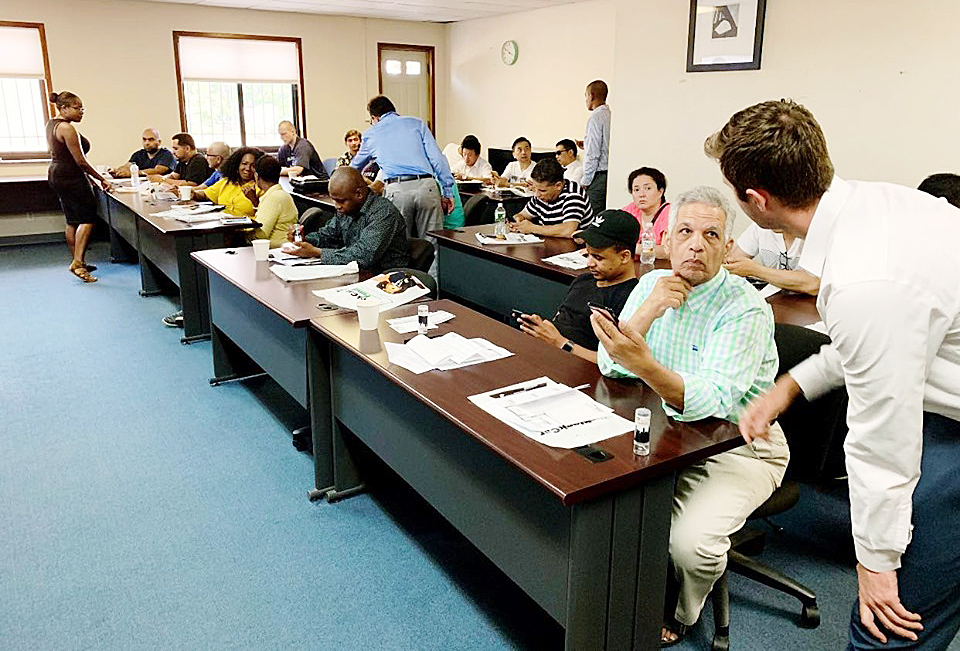 That’s all for now. Until next time!