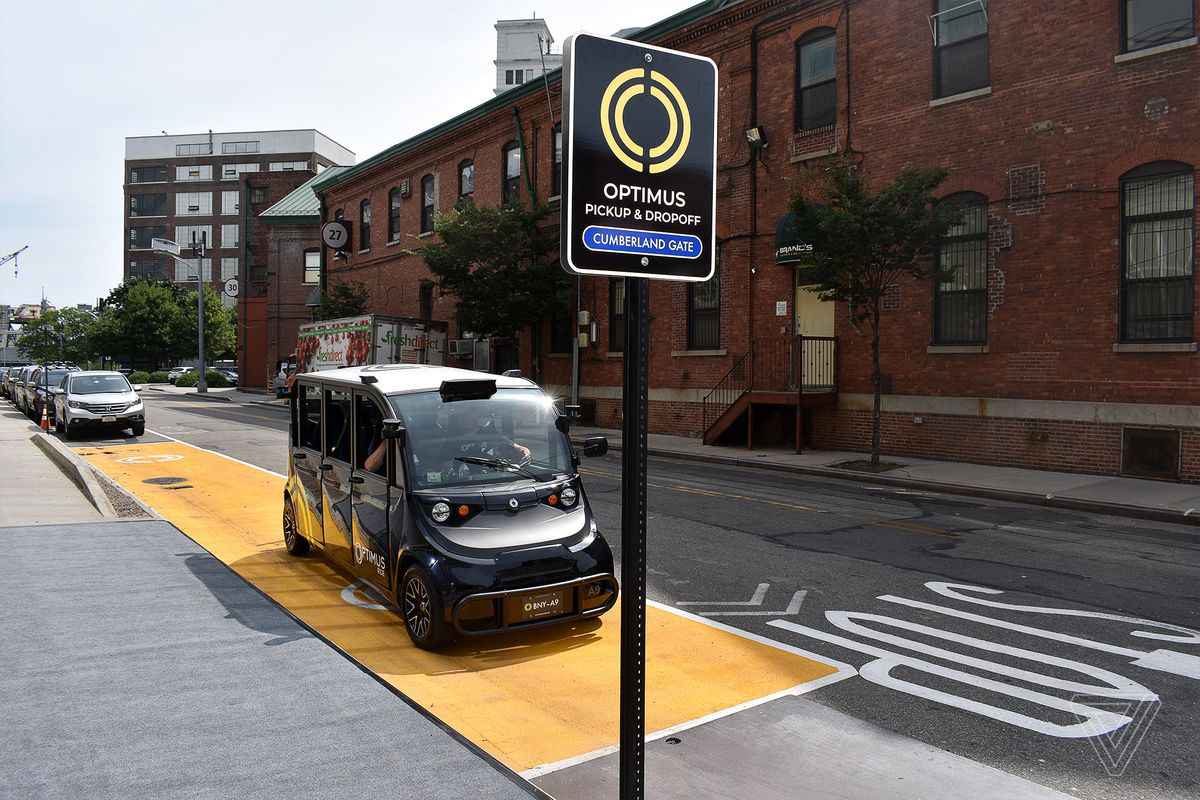 New Yorkers may be more than a decade away from hailing a self-driving cab on the city’s streets, but the Brooklyn Navy Yard is serving as a test ground for autonomous vehicle technology, founders of Optimus Ride said in August. The fleet of self-driving cars is the first of its kind in New York state.

Six autonomous vehicles, each accompanied by two Optimus Ride staff, are giving the Yard’s employees and the general public free rides from Flushing Avenue’s Cumberland Gate to the new NYC Ferry stop inside. Optimus Ride Co-Founder Ryan Chin said the controlled, low-speed campus will help the company perfect its technology to transition to fully autonomous cars down the line.

The Navy Yard also offers private roads, Chin said, that are not subject to the regulatory obstacles of bringing autonomous cars onto public roads.

Optimus Ride already started the transition to public roads in Boston, but Chin said it will likely be a while before they make the move to public streets in NYC. New York’s legislature passed a bill two years ago that allows for autonomous vehicle testing on its public roads, but so far companies haven’t taken advantage of it.

For now, the cars will only run the five-minute ride from the Cumberland Gate to the ferry stop and back, from 7:00am to 10:30pm each day. But, down the line, Chin said the self-driving cars could expand within the campus to connect people to other transit lines, bring visitors to Navy Yard eating areas or provide “nighttime safe rides” after shuttles stop running.

Each Optimus Ride car in the Yard has a safety driver that can step in if the car doesn’t react the right way and a software operator with a laptop in the front seat to monitor the data the car is taking in. Chin said that eventually the cars will be able to run without people, and hopes to start testing “remote monitoring” in the next year or so, most likely at its Boston site first.

Chin said there will be about 20,000 rides each month at the Navy Yard, giving the company the most data and feedback it has been able to gather at any of its sites.