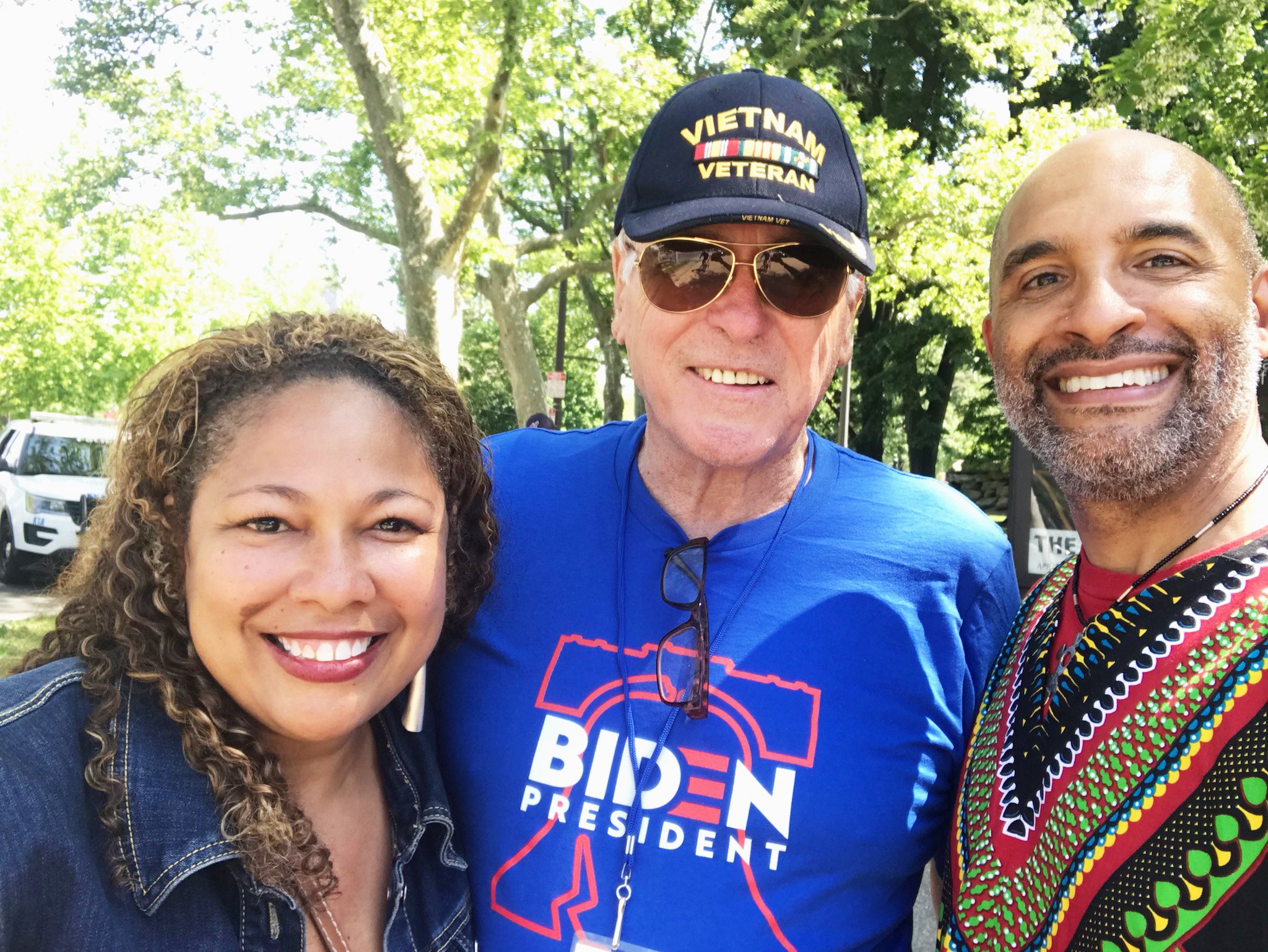 On a rainy morning in late March, about 50 volunteers gathered on the campus of William Paterson University (WPU) to begin the process of testing people for COVID-19. It was the first day of Passaic County’s coronavirus testing site and the group braved the chilly drizzle from the morning orientation at 7:30am until the last car came through at 2:00pm.

The goal was do 1,000 tests in the first four days, specifically for residents of Passaic County who had been given a prescription by their doctor to be tested for COVID-19, according to County Freeholder and Wayne Resident, John Bartlett.

“The Passaic County Health Department put out a call for volunteers in the first week of March, looking for people with healthcare certificates and I sent them an email letting the them know I don’t have any real medical qualifications but I do have a minivan and a willingness to serve,” says Stewart Resmer, a 69-year-old Vietnam veteran and ex-chauffeur, who also served as California Gov. Jerry Brown’s personal driver. “They got back to me in a couple days and said they couldn’t use the van, but I could come on down if I wanted to help.”

Despite having diabetes, hyper-tension and being past what is considered an at-risk age for complications from COVID-19, Resmer went through orientation, received his health department credentials and showed up at WPU’s campus ready to help. He had learned basic first-aid while in the marines and had taken a CPR course, but those experiences happened long ago. Like the other volunteers, he was shown how to properly wear protective equipment and put to work.

“Some of the younger people did data entry, others deployed supplies for the rest of us, but I was chosen to be a time-keeper,” the Wayne resident explains.

The volunteers worked with nearly 150 medical professionals, ranging from physicians and nurses to EMTs. The cars were steered through a maze of cones to be tested in an orderly manner – which essentially entails having a long swab jammed up your nose.

Some volunteers were tasked with typing in patient information, others brought the specimens from the doctors and nurses to handlers at a table, where they were placed in a vial and marked with the correct patient info. From there, the samples went into a medical cooler and at the end of the shift were sent to commercial labs for testing. Resmer’s job was calling out the exact time the specimens were taken and then processed, so they could be logged with each patient’s data.

After a few days of yelling out times, he could barely talk anymore, so Resmer says he brought a bullhorn.

“We were processing somewhere between 300 and 500 cars a day, based on how many test kits they could get,” notes Resmer, who ended up volunteering for three straight weeks, with barely a day off, working from early morning to somewhere between 1:00 or 2:00pm, depending on the day. 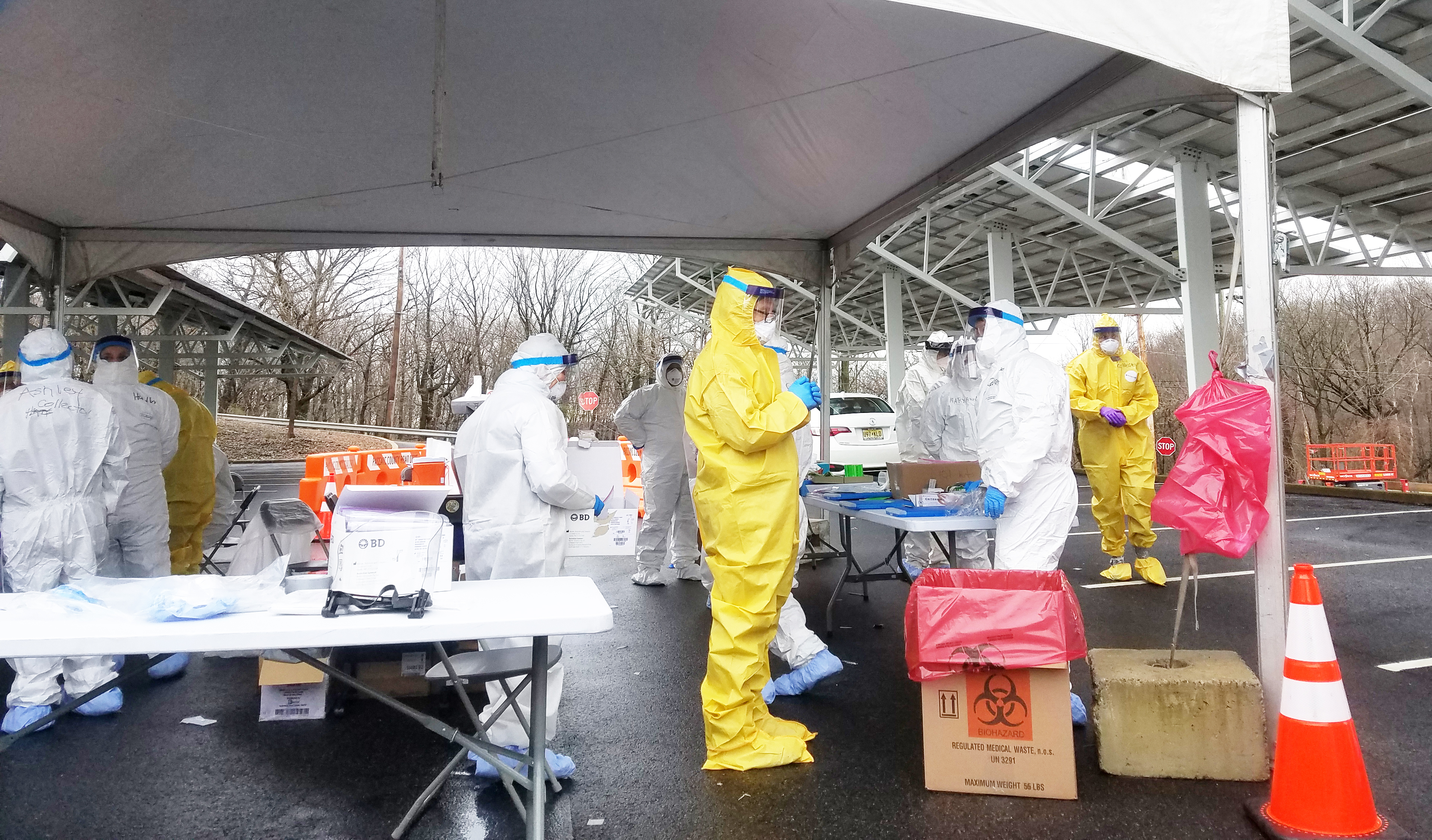 The WPU campus, where Resmer helped process patients being tested for COVID-19

Resmer says that, initially, it took about five minutes to process each car, but they quickly cut that time in half. Soon, they were processing cars in about a minute and half, but Resmer says he was concerned they were moving too quickly, risking contamination and mistakes, so they settled on about two minutes.

Resmer, who served in the Marines for four years, ran a mobile artillery unit in Vietnam from 1969 to 1970. In 1992, he started working on the campaign of ex-California Governor, Jerry Brown, and ended up becoming the Governor’s personal driver. After the election, he worked as a chauffeur for several limousine companies, and did security for Saudi royals in 1997, working in the film industry on the side.

His time in the military came in handy while assisting with COVID-19 testing and his time as a chauffeur helped him recognize safety issues when Taxis and For-Hire Vehicles showed up at the site, with passengers waiting to be tested. Resmer says that some of the drivers weren’t taking safety precautions seriously enough, so he ended up calling a local taxi company and letting them know, as well as emailing both Uber and Lyft because some of their drivers were renting vehicles for the day and seemingly returning them after their shift without telling the company they’d rented the car from that they’d potentially had infected people in the back.

“They didn’t seem to be aware that you need to sanitize your vehicle between each client,” says Resmer. “There really needs to be a uniform message that goes out to every driver and once every driver is following safety protocols, their clients should be told what’s being done so they feel safe. It’s the only way people will regain the confidence to start hiring cars

To volunteer in Passaic County, email: volunteers@passaiccountynj.org or call the Passaic County Department of Health at 973-881-4396. According to Bartlett, the county will keep the testing site open for as long as they have test kits available and the need to test is still there.

Safety and Financial Tips for the Pandemic

Thinking About Our Pets and Covid-19, and Another Big Thank You to North Shore!

It’s OK to Ask for Mental Health Advice Amid Coronavirus

Cleaning Your Car to Reduce Risk of Exposure to COVID-19