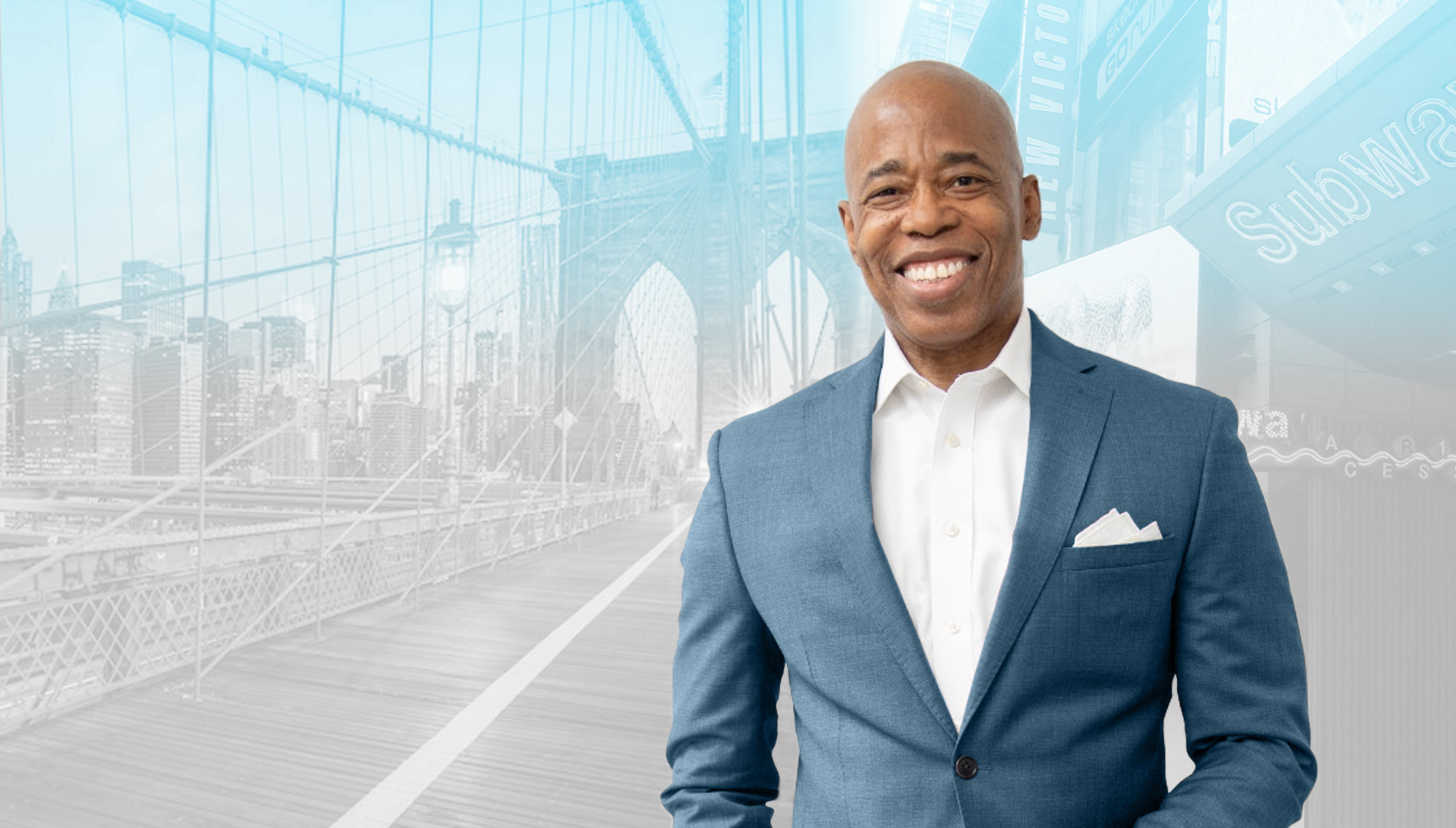 Eric Leroy Adams was elected the 110th mayor of New York City on Nov. 2, likely signaling the start of a more center-left Democratic leadership that – he has promised – will reflect the needs of the working- and middle-class voters of color who delivered him the party’s nomination and were vital to his general election coalition.

Only the second Black mayor in the city’s history – following David Dinkins, who held office from 1990 to 1993 – Mr. Adams, 61, will take office on Jan. 1. Handily beating his Republican opponent, Curtis Sliwa, Mr. Adams will begin the job with significant political leverage. He and Gov. Kathy Hochul, who showed up at his victory party, have made clear that they intend to have a more productive relationship than Mr. de Blasio had with Andrew M. Cuomo when he was governor.

Mr. Adams faces a staggering set of challenges as the nation’s largest city grapples with the enduring fallout from the pandemic, including what many consider an unequal economic recovery, along with continuing concerns about crime and the quality of city life. In one of the world’s financial capitals, workers are barely trickling back to their Midtown offices. The tourism industry is suffering. Many of the city’s beloved restaurants and other businesses have closed for good. Even as Wall Street profits soar, the city’s unemployment rate stood at 9.8% in Sept., as job growth lagged behind what some economists had predicted last spring.

Mr. Adams will also inherit a budget gap of about $5 billion that will require immediate action, said Andrew S. Rein, president of the nonpartisan Citizens Budget Commission. There will be contracts to negotiate with city workers and, eventually, the federal aid that helped pay for some city priorities will dwindle.

Mr. Adams has stressed that he plans to focus on rooting out inefficiency – and he has several proposals he wants to introduce – but the scope of the fiscal challenges will likely require making difficult choices. He has made it clear that big business has a role to play in shepherding the city’s recovery, and there are indications that he may have a far warmer relationship with business leaders than Mr. de Blasio, who was elected on a fiery populist platform.

Public safety is also at the top of his agenda. Mr. Adams grew up poor in Queens and Brooklyn and says he was once a victim of police brutality. He spent his early years in public life as a transit police officer and, later, a captain who pushed for changes from within the system. That experience cemented his credibility with many older voters of color, some of whom mistrust the police while also worrying about crime.

Mr. Adams, who has said he has no tolerance for abusive officers, supports the restoration of a reformed plainclothes anti-crime unit. He opposes the abuse of stop-and-frisk policing tactics but sees a role for the practice in some circumstances. And he has called for a more visible police presence on subways.

Just prior to the election, Mr. Adams told Crain’s he plans to set a new tone in public safety and squeeze waste from city school budgets. He plans to broaden police promotion criteria to include recommendations from residents and communities.

“Immediately, I’m changing the tone,” he said. “I’m going to visit the precincts. I’m going to have a one-on-one roll call with the officers to tell them that I have their backs to do their jobs.”

That type of commitment requires reciprocation that officers must honor, Adams said: New York City police officers must maintain their dignity and treat residents with respect.

“I want to promote officers who prevent crime by interacting with their community,” said Adams. “That should be a pathway to promotion also. That will foster the trust that’s needed.”

Why is Facebook Under Fire for Shady Data, But Not Uber?

Will NYC Become the First Major U.S. City to Cap TNCs Like Uber?

NYC to Impose Caps on Lyft and Uber