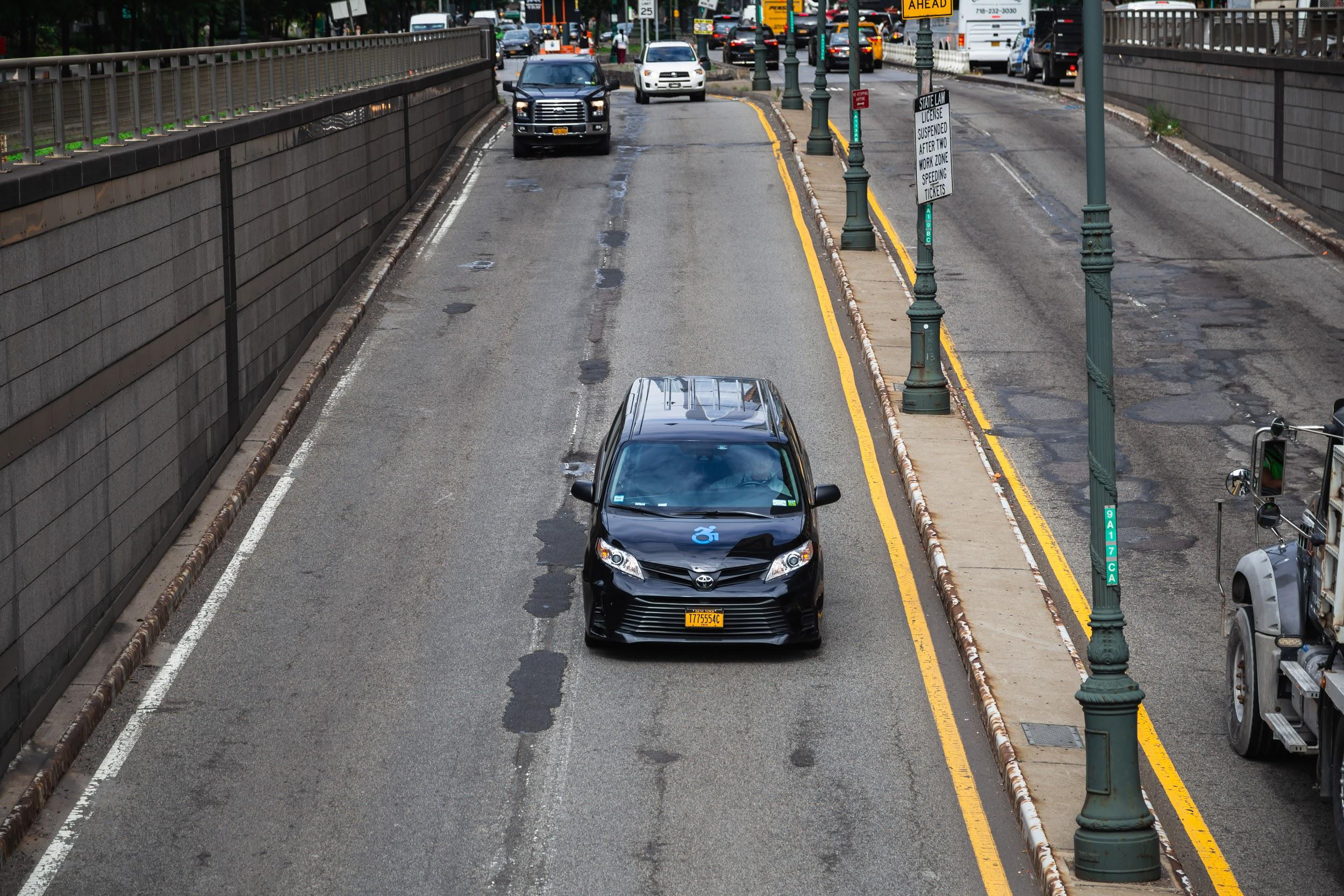 A wheelchair accessible vehicle drives on a parkway in New York City.

The TLC and DOT released a study on for-hire vehicle growth and congestion in New York City last month. The study followed a one-year pause last summer on new for-hire vehicle licenses that are not wheelchair accessible while the City studied the impact of the for-hire vehicle industry on traffic congestion, driver income and traffic safety. Since the one-year pause on new for-hire vehicle licenses, trips in this sector have continued to grow, and service has risen in the outer boroughs.The study found that weekday travel speeds in Midtown Manhattan have dropped to 4.3 mph in November 2018, and down from 6.1 mph in November 2010. It also found that Uber, Lyft, Juno, and Via drivers spend 40% of their work time cruising for passengers. Cruising is unpaid time for drivers, and it increases air pollution.

The TLC is proposing a two-part policy based on the study’s findings: 1) a cap on cruising by the large app companies in Manhattan and 2) an extension of the one-year pause on new for-hire vehicle licenses. Companies that do not meet a limit on how long they allow drivers to cruise will face fines. The cap on cruising will apply on weekdays from 6:00am to 11:00pm, and weekends from 8:00am to 11:00pm. The TLC will review service levels citywide every six months to determine whether the limit on new for-hire vehicles should be lifted. Wheelchair accessible vehicles and electric for-hire vehicles are exempt from this pause on new vehicle licenses.

You can read the proposed rules at bit.ly/newtlcrules. We look forward to listening to industry members and other stakeholders at the July 23rd hearing on the rules. You can also submit written comments to tlcrules@tlc.nyc.gov.

Following successful pop-up driver assistance events in all five boroughs last year, the TLC will create a driver assistance center within the next year that will have on-site staff to connect licensees with services that include debt restructuring assistance and financial counseling, screenings for HRA benefits, and referrals to mental health services. 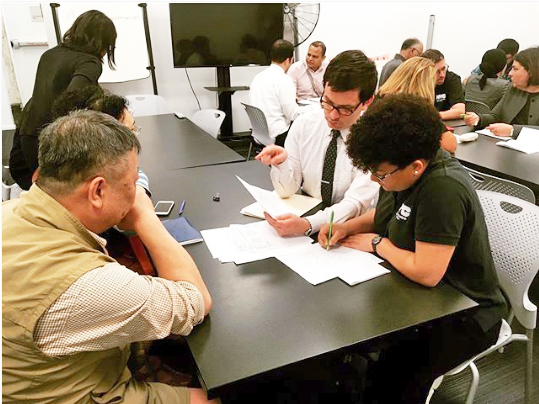 Whether you are a professional driver or just someone who enjoys walking through their neighborhood, you may have noticed the growing tension on the road between cyclists and for-hire drivers. Street space is limited, while the number of cyclists and TLC-licensed vehicles has grown significantly. But on a group ride together in Brooklyn, the TLC was pleased to learn that cyclists and drivers are natural allies.

After riding together through Bushwick, cyclists and drivers had a productive and thoughtful TLC-led conversation at the Independent Driver Guild’s office. The event participants listened to each other’s concerns and found common ground on street safety improvements that would allow cyclists to ride without fear of dooring or being cut-off in the bike lane, while for-hire drivers would have access to curb space to seamlessly pick-up and drop-off passengers safely. An excellent film was made about the ride by an organization called Streetsfilms, and I encourage you to check it out at bit.ly/differentperspectiveinbrooklyn. We believe the connections built that day will be fruitful for improving street safety for all. 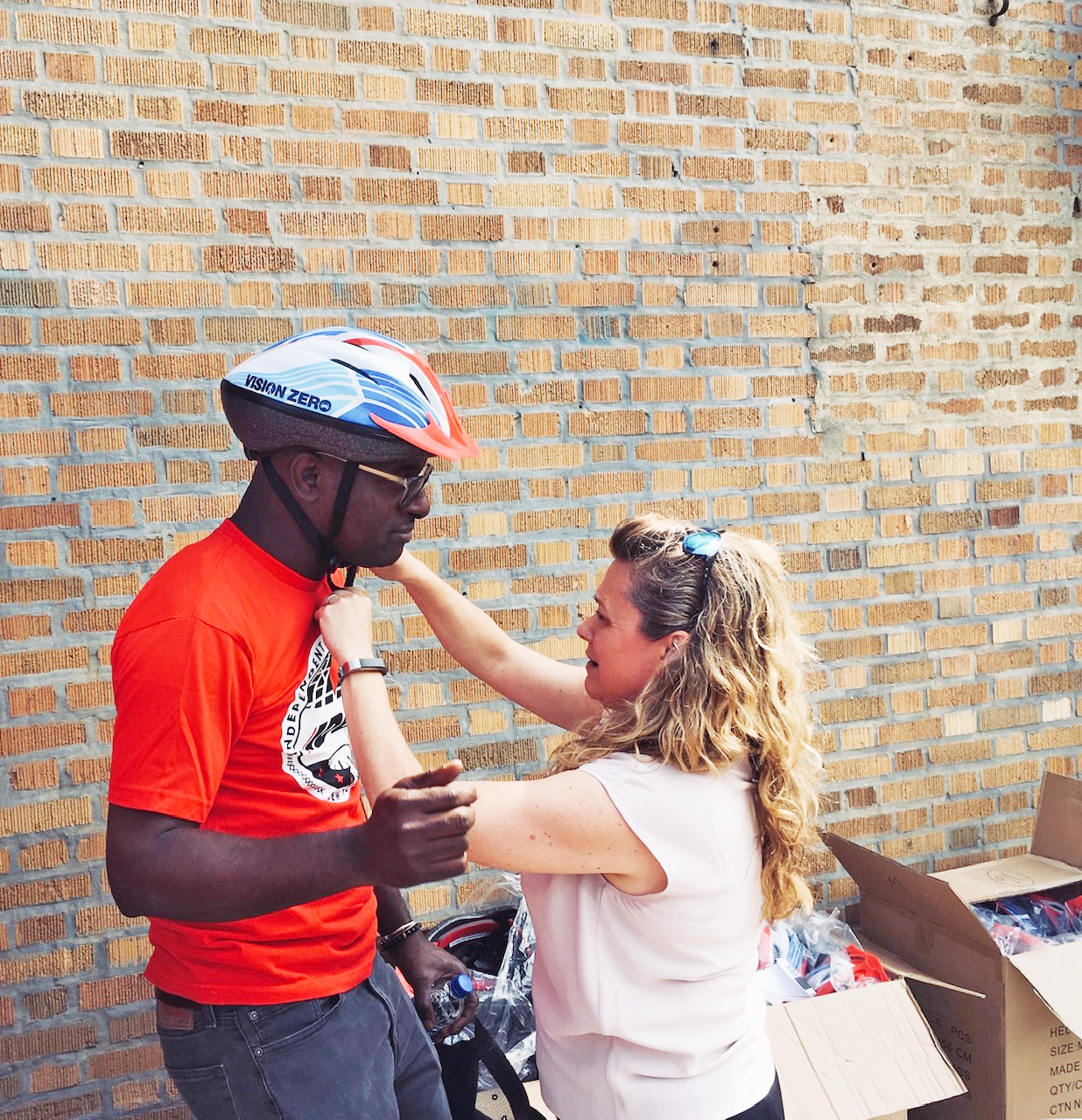