Growing out of the TLC’s close work with the Department of Health and Mental Hygiene and other city agencies to connect drivers with the resources they may need, the agency is launching a new series of outreach events with ThriveNYC, the city’s mental health initiative. This month, the series will begin with a focus on houses of worship that are heavily attended by drivers and their families. As this column goes to print, the first event was scheduled to take place in September at a mosque in Kensington, Brooklyn. As part of this series, ThriveNYC and TLC staff members speak about wellness, mental health, and TLC policy topics, followed by Q+A and general outreach afterwards. For more information, e-mail: tlcexternalaffairs@tlc.nyc.gov.

As a prelude to this series, ThriveNYC has also taken part in a number of other outreach events with the TLC. Our External Affairs, Prosecution and Enforcement staff have combined their talents to host a comprehensive discussion series called TLC in your Borough, with the goal of addressing driver issues and concerns head-on by connecting the leadership within our agency with drivers in every part of the city. The agenda is tailored to provide drivers with information on TLC policies, city resources, answers to common driver questions, and one-on-one assistance for those who need it.

There has also been significant outreach by the City at OATH’s LIC Hearing Center. Starting this summer, two mental health first aid trainers with clinical and crisis support backgrounds have been available to provide emotional support at OATH offices. These two professionals saw almost 40 drivers through September 7 on an individual basis while they were at OATH for hearings. Of those who benefitted from this outreach, 28% were referred to NYC Well. Also, 80 OATH staff members – including office and hearing staff — have received mental health first aid training. Staffers found they were more able to recognize when drivers need time to manage stress better and would offer drivers time during hearings to work with emotional support staff, which was well-received.

In yet another avenue to reach drivers, the TLC is starting an e-mail newsletter called “Keys to the City,” which features information about City services available to TLC drivers and their families. In the September edition, the newsletter highlighted resources that include NYC Well, which provides free, confidential mental health and substance use support via phone, text and online chat. The newsletter also provided information about education classes provided by the Brooklyn Public Library, and Taxi Yoga, free classes offered in East Midtown for professional drivers. All drivers automatically receive the newsletter through their e-mail addresses on file with the TLC.

A public hearing was held September 17 on other TLC-related bills, including the creation of an Office of Inclusion at the TLC to prevent service refusals, greater regulation of for-hire vehicle financing, and the creation of driver assistance centers. One bill that has been in the news was legislation that would require study and implementation of a driver health care fund. I testified that the TLC supports providing benefits to drivers, and that we are excited to restart these efforts after a court found the previous driver benefit fund went beyond the TLC’s jurisdiction. There are any number of funding mechanisms to be considered for the driver health care fund, and we will be working closely with Council to determine the appropriate funding source. 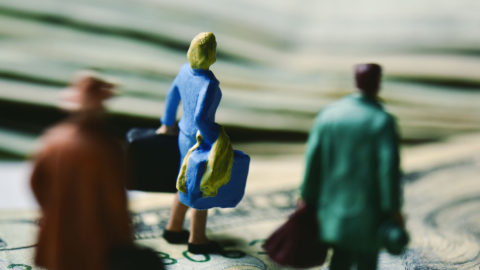