On the heels of a monumental year for Chauffeur Driven (CD), the company has acquired Luxury Coach & Transportation (LCT). LCT, which was originally named Limousine & Chauffeur, was founded in 1983.

BBM, LCT’s parent company, initially approached CD President/Publisher Chris Weiss and CEO Eric Alpert in mid-March about a desire to shift away from luxury ground transportation, according to Weiss.

“Sherb Brown [BBM’s President] reached out to Eric and me with the news that they were strongly considering getting out of this space, and out of respect wanted to come to us first about acquiring the LCT brand,” says Weiss. “I was a little surprised, but extremely honored and humbled at this chance to acquire such a formidable competitor of nearly three decades – a brand that many still have a tremendous amount of respect for. Everyone saw this as an opportunity to consolidate the industry with fewer events and to unify our voice.”

CD also recently forged a new partnership with the National Limousine Association (NLA) this past year, resulting in what CD is calling “a record-breaking debut show with the NLA” in Las Vegas in February.

CD will resume two annual trade shows in partnership with the NLA in the spring (Vegas) and fall (typically based on the East Coast), as well as the magazine’s annual Executive Retreat.

“By now I am certain many of you have heard the news of Chauffeur Driven’s acquisition of LCT. This is a defining moment in the history of our industry, and one that I feel will benefit us in a crucial time – strengthening our bond and ability to receive, provide and share information better than ever before,” says Robert Alexander, President of the NLA. “For years, LCT has been a giant in our industry, and their legacy, expertise and wealth of valuable insights and information will only help to unite the industry further as we bring these expert resources under one roof.”

The Impact of COVID-19 on the Transportation Ecosystem: An International Perspective on Mobility Trends

It is Kitten Season, Become a Foster Parent… or even better, Adopt!

How to Prepare Your Company for Future Business Travel 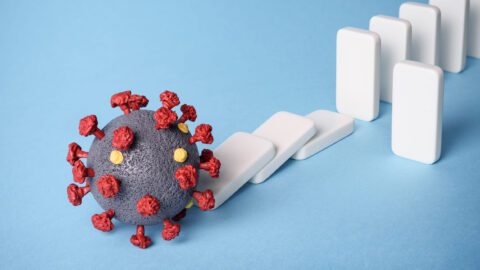