Carmel Car and Limousine Service had three big announcements in September, including the introduction of a new app, a special contest that pays out up to $1,000 in free rides and promoted a new driver Liaison. 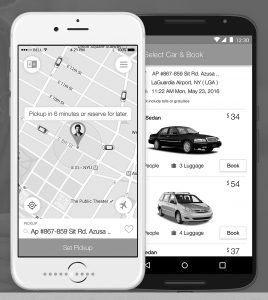 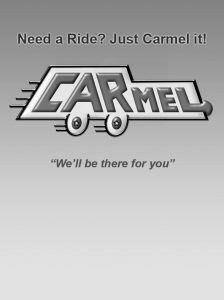 According to Dr. Avik Kabessa, Carmel’s Chief Executive Officer, Carmel’s new app has “more features than any other transportation app in the world. The development of this new version took a year to complete because it encompassed additional features, as well as a total transformation of the look, feel and ease of use from Carmel’s previous version.”

Kabessa added that, in addition to the new design, Carmel’s app customers can personalize their pointer with the user’s picture inside. Users can sign in via Facebook or with their Carmel credentials. The app also shows users the pictures of the driver and vehicle on route to them. “And, because we value our customers’ opinions, the app user can not only rate our driver but also provide valuable feedback to Carmel about their experience.”

App users can book a car on-demand, or reserve a car for later (“like no other app on the market”); utilize quick access airport buttons displaying the three airports closest  to the user; access best priced airport travel all over the world; receive a binding quotation prior to their ride; post trips to the user’s smart phone calendar; and watch as the car approaches, including information about the driver, the vehicle and the regulatory body it is licensed by in each city Carmel serves. Users can pay by credit card, cash, or charge the ride to a business account with Carmel. Users also have the ability to provide an “In Case of Emergency (ICE)” number, and be informed of all app activities by loved ones. The app automatically stores recent and favorite addresses, as well as recent trips for easy future bookings.

“The Carmel app gives you access to the best fleet of affiliated vehicles anywhere in the world at an unbeatable price,” Kabessa concluded.

Carmel also announced a “Practice Safe 6 Video Contest,” whereby three winners will receive either $1,000, $500 or $250 worth of free rides with Carmel in any of its 360 locations worldwide when booking a ride using the Carmel app. The top three videos with the most “likes” on Carmel Limo’s Facebook Page win.

“Be creative when preparing your video; all super heroes, animals and creative characters are encouraged to be included,” said Dr.  Kabessa. “Adding background music, humor or sound effects will keep your video lively and interesting. And remember everyone is partial to kids. Let your imagination fly, and the sky be your limit. We look forward to some exciting entries.”

Carmel core six business principles of on-time, no hassle, flat rate, professional drivers, insured vehicles, and live assistance at 866-666-6666, are the basis for the “practice safe six” contest. Interested parties can enter the contest by visiting www.carmellimo.com, clicking on the contest link, and simply following these three easy steps:

Step One: Participants are asked to take a video of themselves or a friend holding a phone with the Carmel App on it. While anything goes, the video must include the words “Practice Safe 6” and “Carmel It.”

Step Two: The video is then uploaded to be approved. Once approved, Carmel will upload the video to Carmel’s Facebook page.

Step Three: Participants are encouraged to get as many people as possible to “like” their video on the Carmel Car and Limousine Facebook page. The more “likes” a video receives, the better the chances to win.

Carmel has announced that Elly Gross has been promoted to Drivers Liaison, a senior management position within the company. Gross joined Carmel in July 2014, and was in charge of implementing Carmel’s “Airport Kiosk” program, whereby mobile kiosks were placed at Newark International Airport at different departure gates, offering ground transportation to passengers at their point of destination. Gross was in charge of selecting kiosk locations and training the staff manning them.

As Driver Liaison, Gross is in charge of everything that has to do with the communication and cooperation that facilitates a close working relationship between Carmel and its affiliated drivers. As Drivers Liaison, Gross is the voice of the drivers in Carmel. It is her job to listen to anything drivers wish to share with her, and spare no effort in trying to help them whenever possible.

Prior to joining Carmel, Gross served as a member of a command room in the army, an assistant district manager of a cell phone company, and trained a sales force at North Carolina malls.

According to Dr. Kabessa, the title of Drivers Liaison is a senior management position, holding a seat at senior management team meetings. “A major part of Carmel’s growth rests on the fact that Carmel listens to what affiliated drivers have to say,” said Kabessa. “As one of the most prominent women in our organization, Elly’s record and overall performance in Carmel made her a natural choice for the job.”