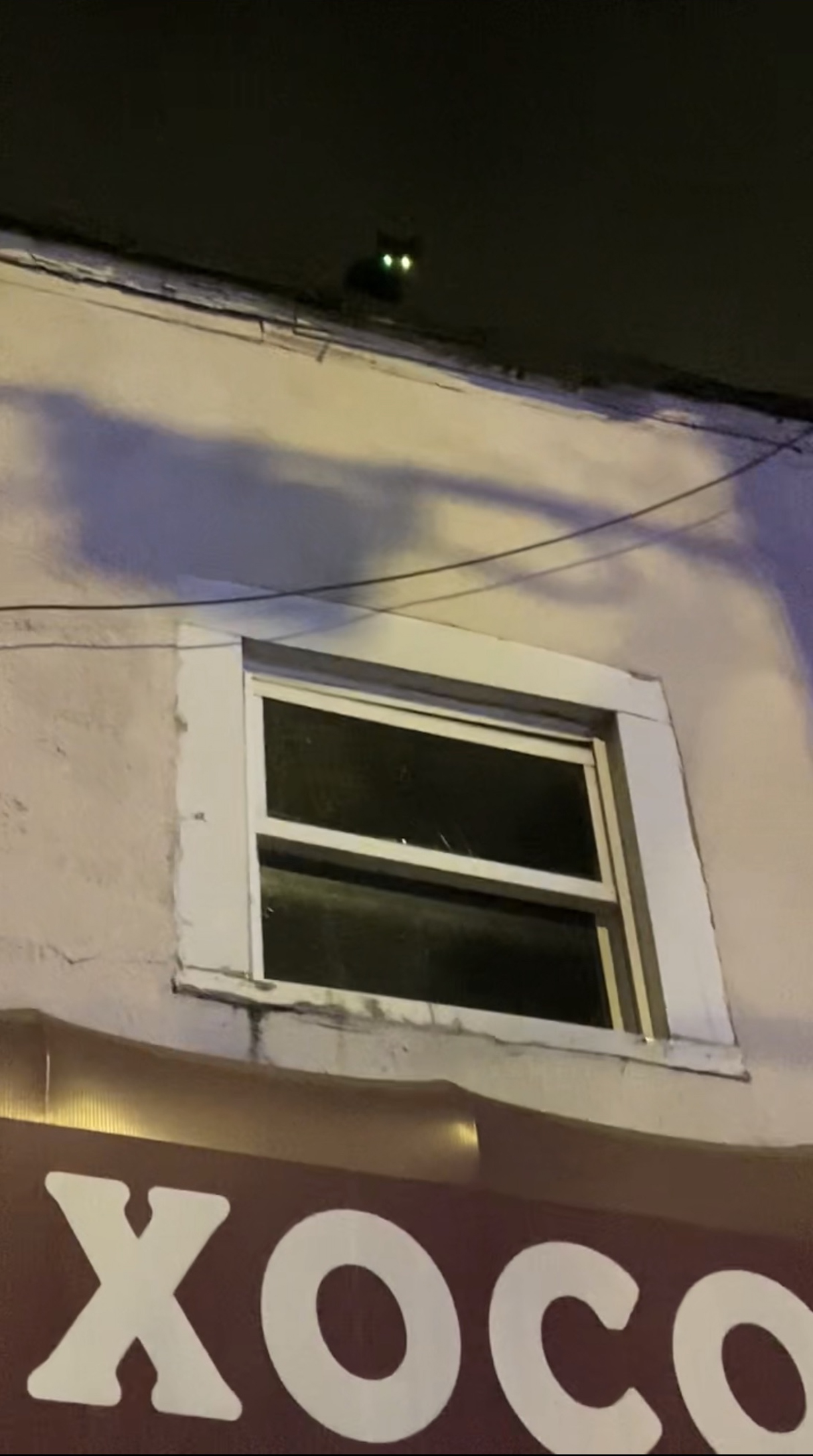 Imagine being stuck on a second story roof for three days with no food and no way of getting down? We believe the cat may have climbed a tree to a higher neighboring roof and then jumped down to a lower roof with no access to rescue her.

Horrible, but that is what happened to this young black female cat that we now call Luna. Do you see her white eyes shining down from the top of the rooftop?

To the rescue once again was Denise Violante, who texted me about the cat’s dilemma. Denise is the same angel who captured Scooter in the past. After getting Denise’s text, I began researching scissor lift rentals from Home Depot and panicking about the cat’s plight. Denise went to the local fire house to ask for help and was met with total indifference. They said they were not going to risk their men for a cat. (The not-so-good guys.)

But Denise was relentless. And God gave us (and Luna) Tito and his worker Vimuary, from INDEPENDENT COOLING & REFRIGERATION, who agreed to help. (The good guys!) And they refused any payment for their time. 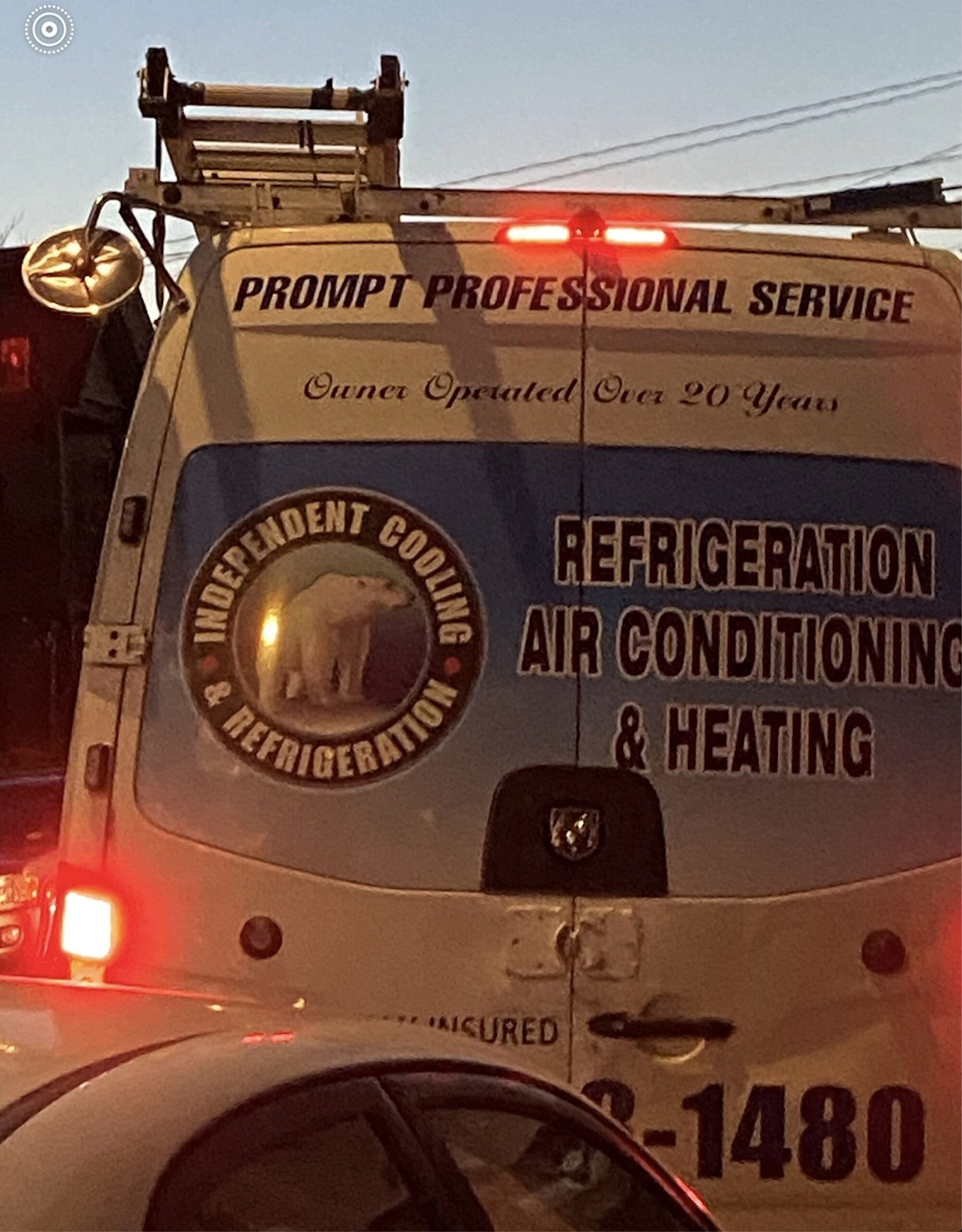 On Monday night, November 23, Vimuary climbed a ladder and placed the trap that Denise provided on the roof. There was a hole of sorts in the roof that the cat ran into which was a blessing because the night before it poured. And then on November 24, when they returned to check the trap, lo and behold, Luna was waiting. 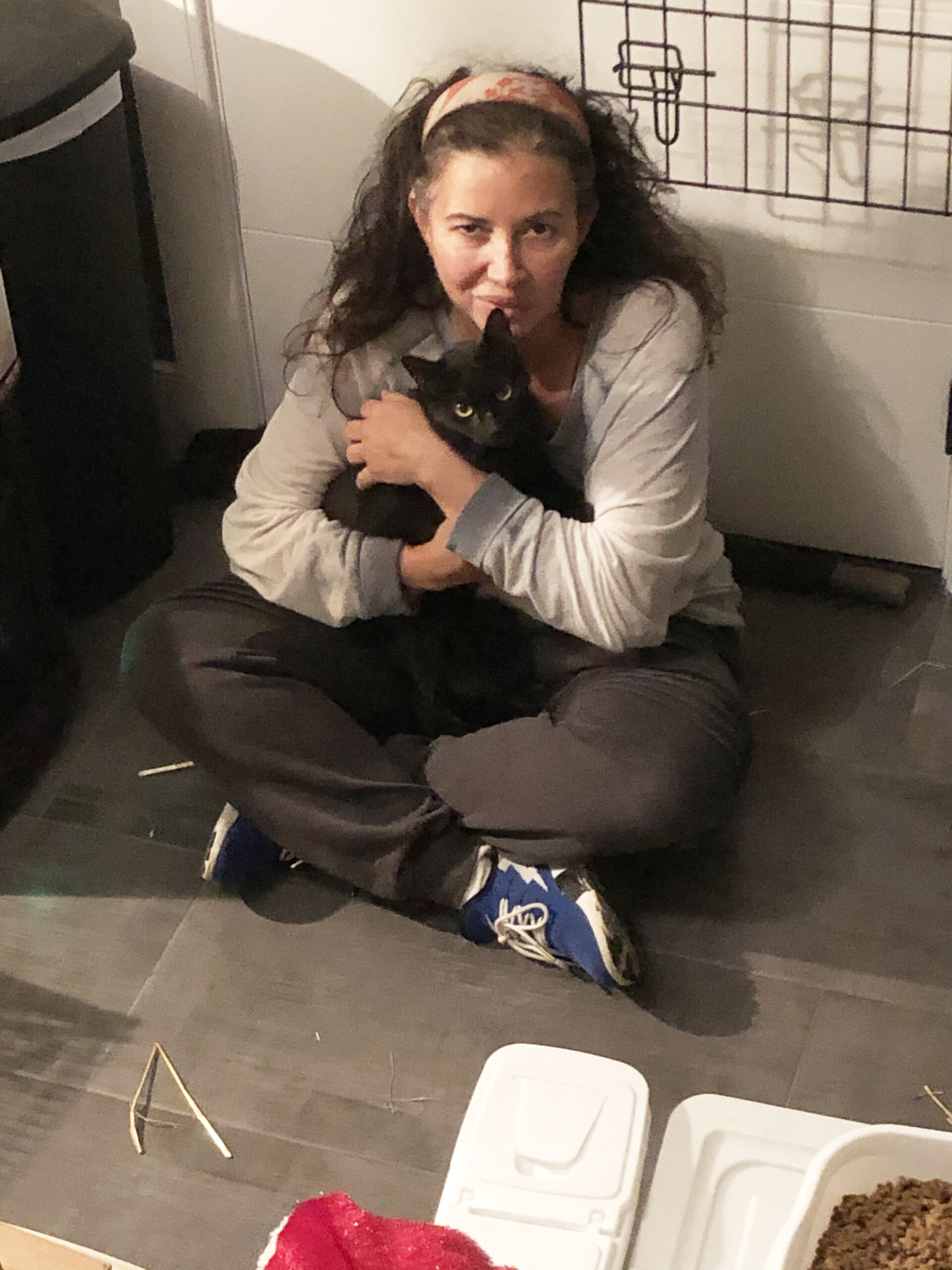 Sadly, her nose was scratched up a bit, a not uncommon occurrence because when the trap snaps closed, cats often thrash about, but that small injury pales in comparison to the horror she faced before Denise, Tito and Vimuary came to her rescue.

Luna is now with me in a large cage, until I can get her snap-tested to make sure she does not have any disease my cats’ can catch, and then we will work on finding her a forever home. She is young and friendly and just resting from her ordeal. And another constant angel in my life, Joanne Yohannan, Vice-President of NorthShore, already offered to take Luna if she needs placement.

Once again, it is NorthShore who is always there to support my efforts on behalf of the strays.

I am already getting a price from Tito for an HVAC system for Big Apple and I hope that all the animal lovers among us will do the same, should the need arise. You can call them at 917-578-1480.

I hope that Tito’s good deed will reap him great rewards because without Denise, him, and Vimuary, who knows what poor Luna’s fate would have been? I shudder to think.

Happy Holiday’s everyone! I promise that it will be a happy one for Luna!