The NYC Taxi and Limousine Commission (TLC) hearing on September 28 was, as expected, absolutely crammed with people wanting to voice their opinions about the critical topic of improving service to people requiring Wheelchair Accessible Vehicles (WAVs). Fortunately, the TLC had the foresight to move the hearing from its normal location to a much larger venue, the New York Marriott Downtown, to accommodate all the speakers, who started at 10:00 am, and offered testimonies until late afternoon (with just a short break).

The most obvious takeaway from the meeting was, to put it bluntly: The system that is currently in place, Access-A-Ride, is a disaster. It’s overly expensive, unreliable, and having heard some of the disturbing personal stories at the meeting, I’m not at all surprised that people are angry, and want something dramatic done IMMEDIATELY to fix it.

With over 100,000 vehicles in its ranks, the For-Hire Vehicle (FHV) industry has been targeted as an important component of the solution – and I don’t think anyone can reasonably argue that FHVs shouldn’t be part of the effort to improve service for those who need it, and more importantly, deserve it.

The question, of course, is how to proceed…

The TLC’s proposal is to force FHV bases to dispatch 10% of their rides to WAVs, starting in 2018 (which is just months away), and that percentage increases to 25% over the course of a few short years. FHV bases will have to meet those percentages, whether a client asks for a WAV or not. (Read the TLC’s proposed new WAV rules at: http://www.nyc.gov/ html/tlc/downloads/pdf/proposed_req_wheelchair_accessibility_6_30_17.pdf?utm_source=HAV+hearing%3AMUST+attend+&utm_campaign=HAV+Rules+Hearing&utm_medium=email.)

The FHV industry was understandably shocked and deeply concerned by the TLC’s strategy, which is both highly aggressive and seemingly lacking in basic logic. As a result, an FHV Coalition was formed in recent months, which includes the Black Car Assistance Corporation, Inc., Limousine Association of New York, Livery Base Operators, Inc., Livery Round Table, Lyft, Uber, Via and the New York State Federation of Taxi Drivers. The fact that this group has been able to peacefully meet weekly over the past bunch of months seeking a solution is proof that the TLC’s plan is not just absolutely terrifying to people running businesses in the FHV sector, but also to the drivers themselves.

In addition to the FHV Coalition, which directly represents an estimated 90% of the FHV industry, the Independent Drivers Guild (IDG), a group representing 60,000 drivers, is also clearly shaken by the TLC’s plan, and spoke out against the TLC’s proposed rules at the meeting.

As an answer to the TLC’s rules, the FHV Coalition presented its own plan – with steep, self-imposed financial penalties – if it cannot adequately meet the needs of riders needing WAVs. The plan involves a Central Dispatch Program, pooling the resources of all the bases in the Coalition, and promises an average wait time of 15 minutes or less for those who need a WAV. Coalition members stated that they would be able to accomplish this by the end of 2018, a formidable goal indeed.

With a limited amount of time to make their points, the Coalition was only able to touch on their long list of concerns at the TLC hearing, but they have been meeting with TLC commissioners independently in recent weeks to better explain their solution and their concerns about the TLC proposal.

In the interest of time, since I am typing this just minutes after the hearing ended (and our October issue is going to press as soon as I complete this Editorial), I can only offer some basic details from the Coalition’s testimony. A more in-depth article will be included in next month’s issue.

The Coalition’s plan is to create an FHV Industry Improvement Fund, “To manage a sustainable and reliable solution to provide equivalent service to wheelchair users, wholly funded by the industry. The solution promises to provide WAVs at the same price and at the same hours as other rides, within an average pickup time of 15 minutes.” The Fund wants to hire a Central Dispatch facility to manage all requests for WAVs from FHV bases, including black cars, liveries and taxis. The industry has said it will provide regular and transparent reporting, with annual reports provided by an independent entity regarding quality of service.

The Coalition also pointed out some of problems with the TLC’s proposal, starting with the fact that “it will not guarantee a higher level of service for WAV riders, and will simultaneously devastate hundreds of small business owners and tens-of-thousands of hardworking drivers.” The following are some additional points made by the Coalition:

To read more about the IDG’s concerns regarding the TLC WAV proposal, I would direct you to read the article in this issue on page 32, written by IDG founder, Jim Conigliaro, Jr.

Check back next month for more details. Hopefully, we will find out what the TLC intends to do regarding WAVs for the FHV industry by that time.

Before I sign off for the month, I wanted to take a moment to thank Michele Norton, our Graphic Designer and Sales Manager, for everything she does. Michele celebrates 10 years with Black Car News this month. Michele, I appreciate all of your hard work, and look forward to the next 10 years! 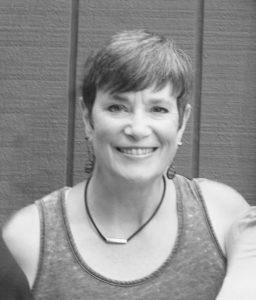 We are sad to say that Doug Schifter, who celebrated his fourth anniversary writing his “Driver’s Seat” column for us this fall, intends to leave the industry, and therefore will no longer be writing for us, as of this month. Doug’s insightful and controversial column was always a driver favorite. We wish Doug all the best, in whatever new endeavor he chooses.

Business Travel is Worth $547 Billion to the U.S.