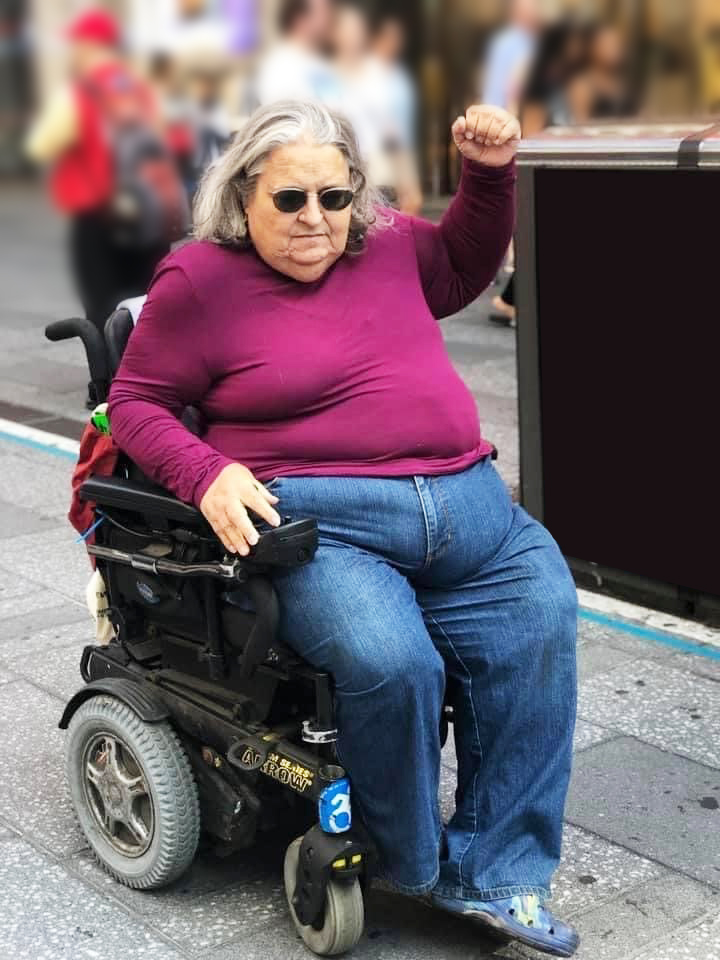 Edith Prentiss, a fiery advocate for the disabled who fought to make New York City more navigable for everyone, died on March 16 at her home in Washington Heights at the age of 69. The cause was cardiopulmonary arrest, her brother Andrew Prentiss said.

A hero to many, Ms. Prentiss fought to increase the number of wheelchair-accessible cabs in NYC, and also for accessibility on subways and in police stations, restaurants and public parks. She fought for issues that didn’t affect her directly, like those that might impede people with mental, visual, auditory or other disabilities.

She was bristly and relentless and always prepared. Woe to the city officials who had not kept their promise or done their homework. She knew to an inch the proper length of a ramp, and how high a curb should be cut. She drove her motorized wheelchair as she spoke, with enormous confidence, and sometimes a bit of intentional recklessness; she was not above riding over the toes of those in her way.

Edith Mary Prentiss was born on Feb. 1, 1952, in Central Islip, NY. She was one of six children (and the only daughter) of Robert Prentiss, an electrician, and Patricia (Greenwood) Prentiss, a social worker. Edith was asthmatic, and later diabetic. She began using a wheelchair once her asthma became severe, when she was in her late 40s.

After earning a degree in sociology from Stony Brook University, she attended the College of Arts and Science at Miami University in Ohio. Early in her career, Ms. Prentiss was an outreach caseworker for ARC XVI Fort Washington, a senior services center. Working from the Port Authority Bus Terminal, she conducted blood pressure screenings and helped older people apply for city services and other benefits. She later worked with Holocaust survivors. Fern Hertzberg, the executive director of ARC, said Ms. Prentiss’s last job, before she retired in about 2006, was with a physical therapy center in her neighborhood.

Ms. Prentiss was president of the 504 Democratic Club, which focuses on disability rights, and held positions with many other advocacy groups.

In addition to her brother Andrew, she is survived by her other brothers, Michael, Robert Anthony, William John and David Neil.

For the last three years, Arlene Schulman, a photographer, writer and filmmaker, has been working on a documentary called “Edith Prentiss: Hell on Wheels,” a title its subject initially quibbled with. She didn’t think it was strong enough.