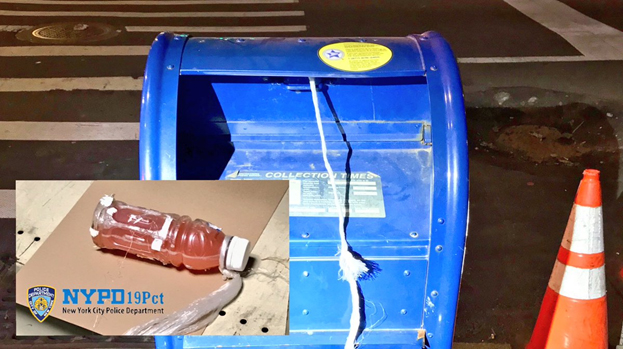 We were happy to learn that a black car driver helped the 19th precinct arrest a suspect for stealing checks from a Manhattan mailbox. Michael Morgan was working early Monday, March 12, when he spotted two men acting suspiciously on East 90th Street and Lexington Avenue. He alerted the police department, and midnight patrol officers from the 19th precinct were able to quickly make an arrest. The suspect allegedly had in his possession almost $850 in checks that were not addressed to him.

Thank you, Mr. Morgan, for staying vigilant and looking out for your fellow New Yorkers! It was our pleasure to honor you at our March Commission Meeting with our colleagues from the 19th precinct. The care you took to alert the police likely helped many people from becoming crime victims.

Taxi driver to the rescue

The TLC receives many compliments from passengers about drivers who provide exceptional customer service, with some just stopping short of moving Heaven and Earth to return a lost passport, wedding ring or phone. I frequently send commendation letters to these drivers, and we have begun honoring them as well for their customer service achievements at our annual Safety Honor Roll.

One story I would like to share is that of taxi driver Gabriella Prigoreanu. We recently learned from Senator Kirsten Gillibrand’s office that one of her staff members, Geri Shapiro, had recently forgotten her purse in a taxicab.

“I was stunned, nothing like this had ever happened to me. As I was walking on 55th Street, a cab stopped, [and] my female cab driver got out. She had been driving around looking for me. She had picked up a young male passenger who saw my bright colored bag,” Geri wrote to the TLC. “The passenger got out with the bag and said he would look for me on foot while the driver drove around. A miracle happened when she spotted him at least half a block away; she shouted that she had found me and he ran over to us and returned the bag.”

This wonderful story illustrates how kind New Yorkers can be in general, as well as the kindness of our driver licensees in particular. It makes us proud to be New Yorkers, and we were gratified to honor both Ms. Prigoreanu and Mr. Morgan as well at our most recent Commission Meeting.

The flexible fare pilot will be fully-voluntary, and companies can participate if they have an e-hail license. (You can learn all about E-Hail Licenses here: http://www.nyc.gov/html/tlc/html/technology/e_hail_application.shtml). These companies would then determine their own rates of fare, and report their pricing structure to the TLC. The pilot will not apply to street hails, which will still be metered and continue to follow the established taxicab rates of fare. We look forward to seeing the outcome of the pilot, and hearing feedback from drivers and passengers on upfront pricing.

Until next time… drive like your family lives here!